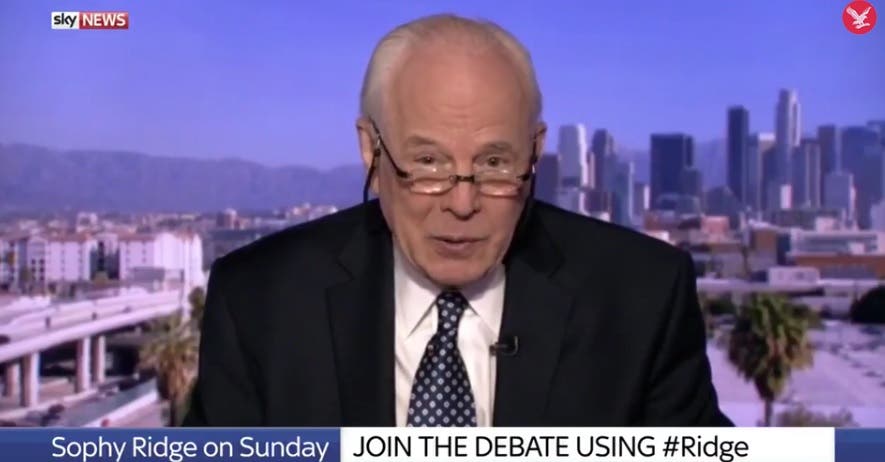 The former legal counsel to President Nixon, John Dean, recently spoke to Sky News about President Trump and the rapidly unfolding Russian collusion scandal that is threatening to dwarf Watergate in its scope and severity.

Dean unloaded a torrent of criticism against President Trump questioning his sanity and slamming his presidency as an “unfolding disaster:”

“As I see it, about maybe half the population right now isn’t sure whether he is insane or if he’s just a totally angry man, they don’t know what he’s doing.  About 40 per cent seem to be happy with him and approve of his job and another maybe 10 per cent are pretty confused or don’t care, so it’s very strange over here now.

We’ve never had a President like this and that’s why I have nightmares.”

Dean then explained that he wasn’t just referring to Trump’s refusal to make any decisions that actually constitute governance and not just taking credit for his predecessor’s economic achievements, but that he felt Trump was a serious threat to world stability.

“I’m kind of happy every morning when I wake up to see he hasn’t blown up some part of the world.”

To hear these kinds of words from a man who worked closely with an authoritarian paranoiac like Richard Nixon should be a loud and clear warning for us all.

The media continues to insist on analyzing Trump as if he’s just another politician when it’s obvious that we are dealing with a very different creature here, one who cannot be trusted to operate within the conventional bounds of appropriate behavior.

Trump’s weekend tweetstorm, in which he doubled and tripled down on his widely-debunked accusations of wiretapping against President Obama, is just the latest in an ongoing series of incidents that prove he is unfit to hold the presidency. It’s unbelievable that so many Americans still support him – and that the rest of the nation lives in utter terror of what the unhinged narcissist might do next.


Add your name to call on prosecutors to ARREST DONALD TRUMP for his crimes!Advertisements
Tags
style