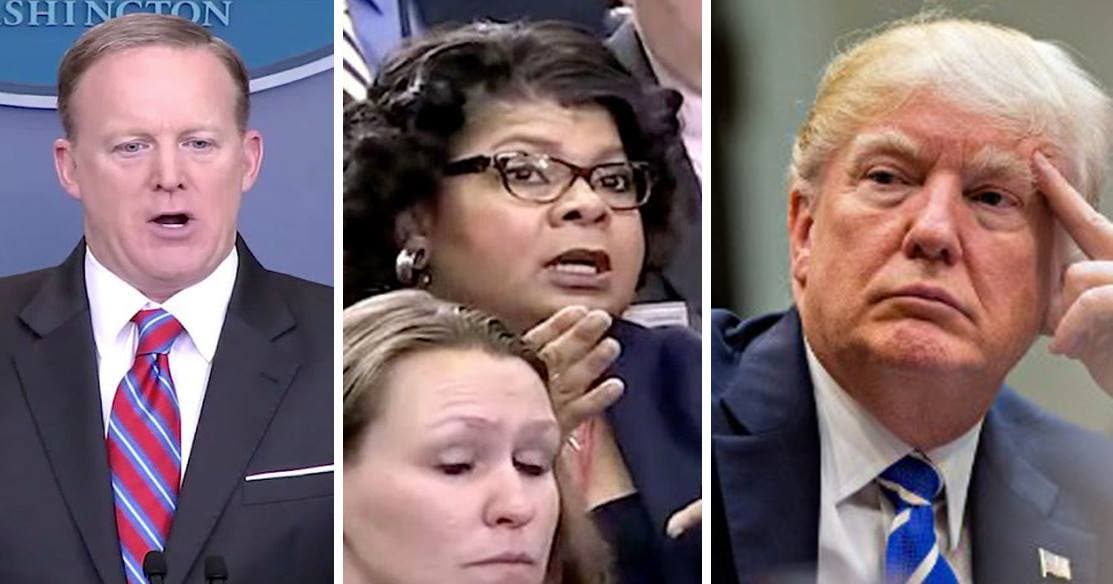 Trump Just Got Caught Creating A Secret Back Channel To Putin

CNN just played the ultimate “April” fools prank on the White House – and the joke is, it’s not a joke.

The “most trusted name in news” just hired what might be the most feared reporter in Washington – at least from the Trump administration’s perspective.

April Ryan has been a fixture in the West Wing since 1997 when she was appointed White House correspondent for American Urban Radio Networks.  Now covering her 4th president, she’s been on the front lines of President Trump’s war on the press.

Last week, she became a household name when she stood-up to White House Press Secretary Sean Spicer’s attempts to belittle and silence her after she dared to ask about the President’s rock-bottom approval rating released by Gallup earlier that day.

Spicer’s treatment of Ryan was widely derided, with many criticizing the sexist and racist undertones of his line of attack, telling her at one point, as he interrupted her, “stop shaking your head!”

April handled the exchange with class and grace, insistent that the matter be framed for the larger issues at stake and not as an assault on her personally.  In an interview with The Hill following the incident, she said:

“I’m not the news. I don’t like being in the news. But it’s about freedom of the press. We need to stay vigilant.”

April Ryan’s vigilance has dogged the White House since the day Trump took the oath of office, but it’s only been visible to her fellow White House reporters and the America Urban Radio Networks audience.  The wider public only saw glimpses of it when press conferences deteriorated into circuses like they did last week.

That’s all changed now.  With the much wider reach CNN provides, her tenacity and unique insight will be broadcast regularly to more people across more platforms.