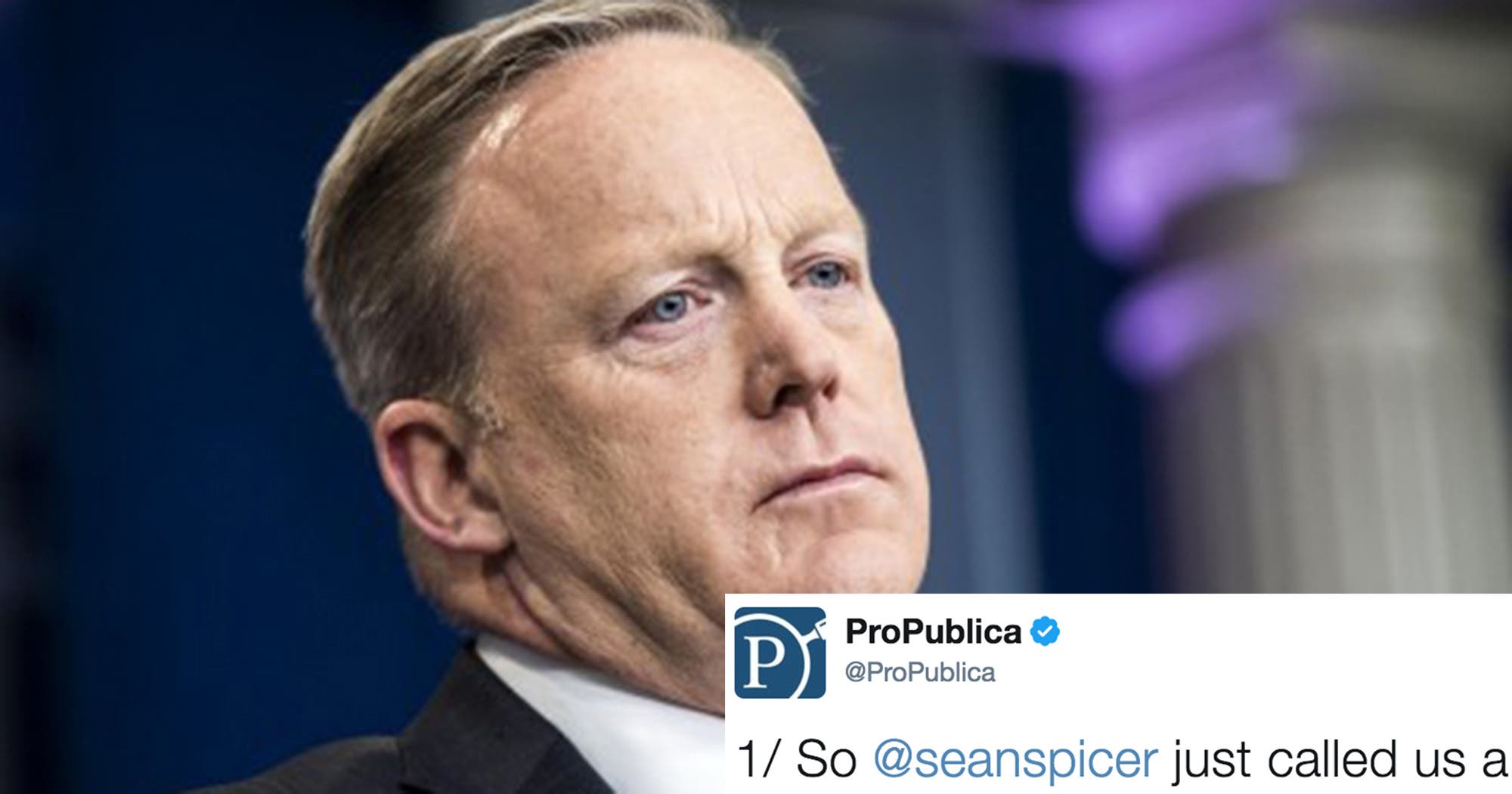 Earlier today, ProPublica reported that President Donald Trump altered his financial trust on February 10, a month after announcing that he had isolated himself from his interests, to allow secret withdrawals any time he wants.

“Just because a left-wing blog makes the point of something changing doesn’t mean it actually happened,” Spicer said. “I’m not aware that there was ever a change in the trust. And the idea that the President is withdrawing money at some point is exactly the purpose of what the trust, why a trust is set up, regardless of an individual.”

Among the many problems with Spicer’s statement, including that the President did change the trust, is the fact that ProPublica is by no one’s definition “a left-wing blog.” To the contrary, the decade-old journalistic giant is one of the nation’s best regarded investigative news sources and winner of three Pulitzer Prizes.

ProPublica swung back at Spicer and his boss along with their loose relationship to the truth, tweeting out a string of facts that the White House would rather people not talk about.

The thread is more than a perfect smackdown of Spicer’s strategy of schoolyard insults, it provides a great shorthand for the secrets and lies being perpetrated by the Trump regime. Every American should read through these tweets, if nothing else, for a reminder of the intense dishonesty at the highest reaches of our federal government.

2/ @seanspicer was trying to knock our story that Trump’s trust doc was revised to say he can take $ frm biz anytime https://t.co/xcohyMmoRc

6/ What we do is hold people in power accountable, no matter who they are, or what names they call us. We do it with facts. Like…

8/ The fact that Trump has quietly installed officials across the government to be his eyes and ears: https://t.co/UhSNXaGwBH

10/ Or the fact that 5 top Trump officials have made false statements to Congress:https://t.co/xQGhQwEWaF

12/ So, we wrote about fact that Obama caved to big banks and didn’t deliver on his promises to help homeowners: https://t.co/DnhEUzJIoP

14/ And wrote about how Obama was falling short on his own promises to grant pardons. https://t.co/eYO0xJLcT5