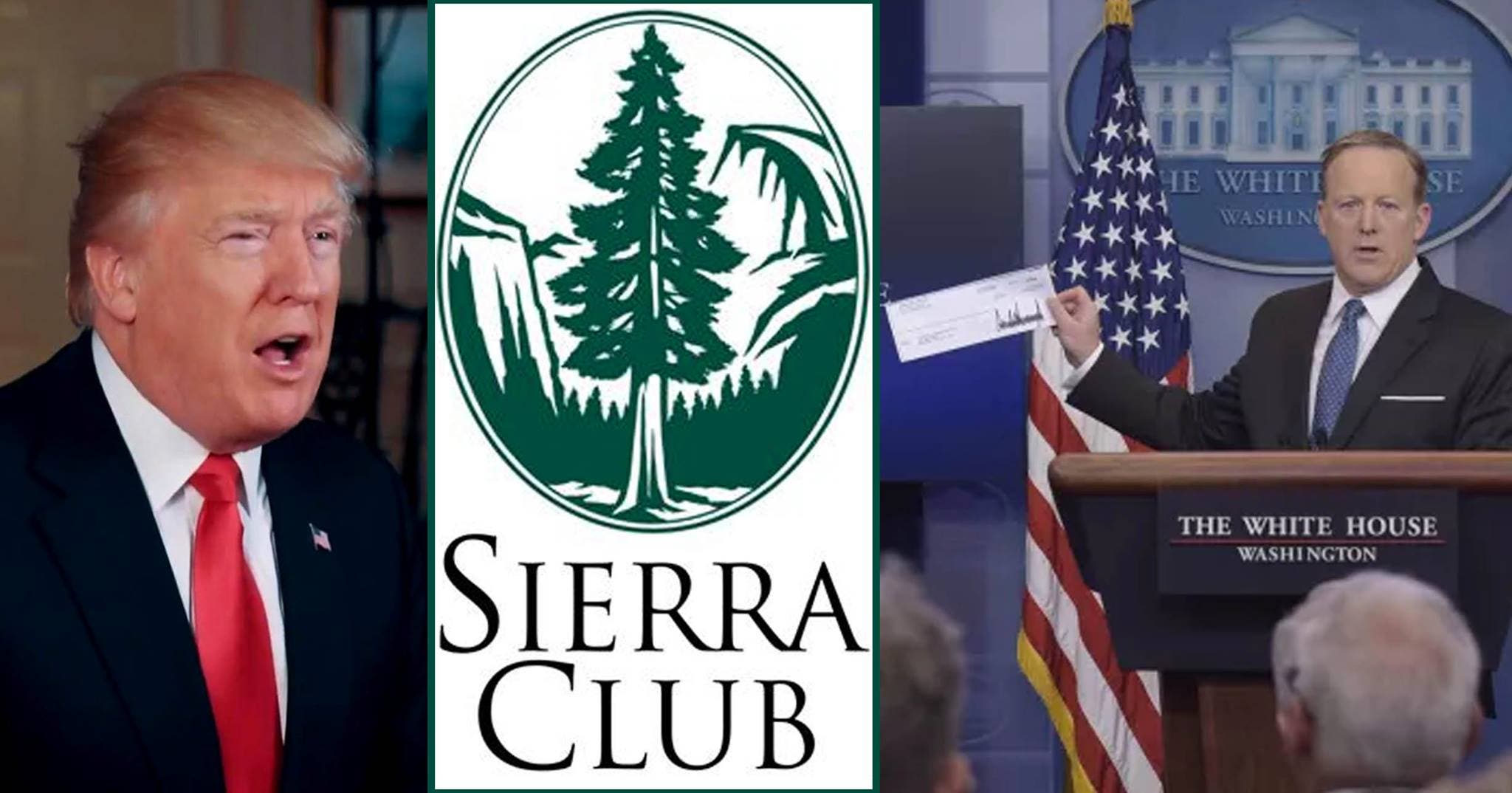 On the surface, the $78,333.32 donation seems like a generous gesture that should be celebrated.  Until, that is, you consider Trump’s budget proposal calling for $1.5 billion in cuts to the Department of the Interior, which operates the National Parks Service.  Those cuts constitute about 12% of the department’s total budget.

The Sierra Club is not amused.  Offended by both the amount, and the classless way Trump went about telling the world about the donation, they wasted no time condemning the President for what amounts to an empty gesture and a slap in the face.

“If Donald Trump is actually interested in helping our parks, he should stop trying to slash their budgets to historically low levels,” Michael Brune, the environmental group’s Executive Director, said in a statement. “This publicity stunt is a sad consolation prize as Trump tries to stifle America’s best idea.”

The “publicity stunt” Brune’s referring to came at the White House daily press briefing.  With all the grace of throwing a crumbled-up $100 bill in the face of someone his boss just fired, Press Secretary Sean Spicer made a spectacle of handing Interior Secretary Ryan Zinke the $78,333.32 check – Trump’s abnormally large signature emblazoned prominently as always.

Trump’s donation – about one quarter of his annual presidential salary – equates to about .005% of the amount he cut from the Interior Department’s budget.  The cuts will especially hurt the National Parks Service, which, according to Brune, currently has “$12 billion needed to address the current backlog of park maintenance.”

The “donation” is clearly an absurd gesture with little symbolic meaning, especially in light of the many other extravagances this administration is burning money on.

The White House certainly hopes we’re amused by Trump’s “generosity.”  Maybe the $78k will cover new Trump ties for all park rangers.  Then again, those are made in China and India, so they might not pass the President’s own “Buy America” test.