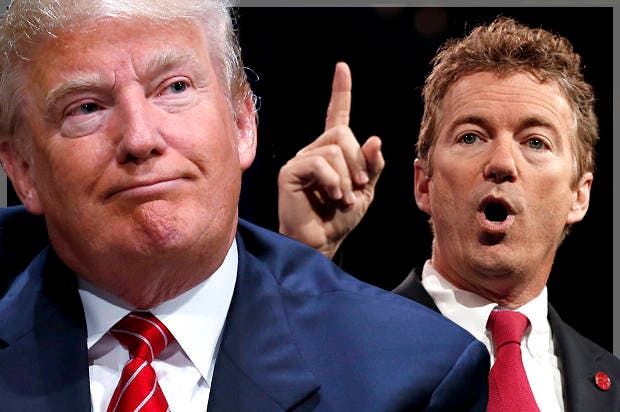 Trump Gave His Salary to National Parks. The Sierra Club’s Response is Great

Apparently, the outspokenly anti-Trump, libertarian senator from Kentucky, Rand Paul, has a price – a round of golf with Donald Trump.

Several weeks ago, James Comey, Director of the FBI, put the wiretap issue to rest, saying that he “has no information that supports” Trump’s allegations. He continued, claiming that “no individual in the United States can direct electronic surveillance of anyone.”

Still, in his characteristic obstinacy, Trump dug in his heels, now enlisting the support of Rand Paul to do his bidding. Per Politico:

The Kentucky Republican echoed the president in pointing a finger at the Obama administration for stoking “all this innuendo about whether Russia was in cahoots with the Trump campaign.”

“In reality, they were using basically an espionage tool to eavesdrop or wiretap” Trump aides, he told reporters. “It’s inappropriate, and it should be illegal.”

It is clear that while Trump does not respect Rand Paul, he is happy to welcome another surrogate to repeat some of his favorite lies—even as top intelligence officials confirm their falsehood. When Paul isn’t doing Trump’s bidding, here is what Trump really thinks of him:

Truly weird Senator Rand Paul of Kentucky reminds me of a spoiled brat without a properly functioning brain. He was terrible at DEBATE!

In the process of dismantling his own reputation, Rand Paul went on to praise the only person less popular than Trump over the last few weeks: Devin Nunes. Paul said:

“I have been very impressed with Nunes. I may be the only person around. All of the intelligence hawks don’t like him, because he found something and he’s willing to talk about it with the president.”

Nunes, the man charged with “killing” the bipartisan Russia investigation, is under pressure from both sides of the aisle to recuse himself from the Russia investigation after failing to show that he can maintain impartiality. Remind me again what the “impressive” part is, Senator Paul.

As Congressional Republicans continue to sell out their own constituents in pursuit of political favoritism with Trump, they won’t be able to win back their reputations as quickly as they destroyed them. As Trump’s ship continues to sink, now is not the time to sell out to the most untrustworthy president in U.S. history.