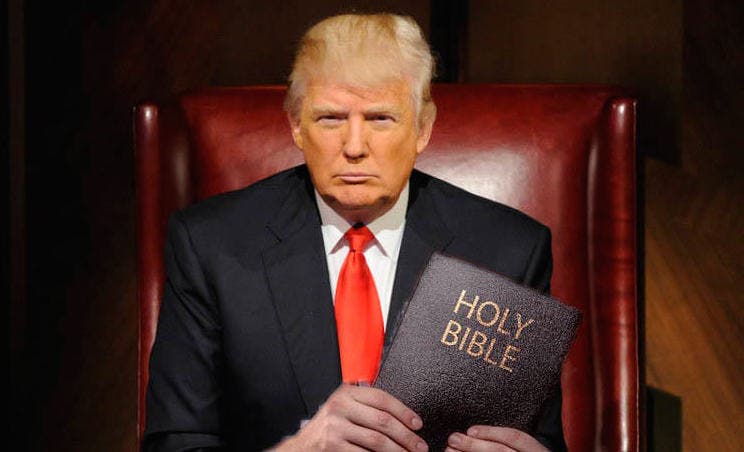 Ninety-nine religious groups, including groups of nearly every religious denomination, issued a statement demanding that Congress preserve the “Johnson Amendment,” which prohibits churches and other tax-exempt organizations from endorsing or opposing political candidates.

In the letter, the groups write, “Current law serves as a valuable safeguard for the integrity of our charitable sector and campaign finance system.”

In February, Trump said he would “totally destroy” the Johnson Amendment. Per The Washington Post:

Trump has opposed the Johnson Amendment because he claims that it impinges upon Americans’ “right to worship according to our own beliefs” — apparently describing campaign participation as a form of worship.

Of course, what Trump says and reality are two very different things. The Baptist Joint Committee for Religious Liberty has said:

“Politicizing churches does them no favors. The promised repeal is an attack on the integrity of both our charitable organizations and campaign finance system. Inviting churches to intervene in campaigns with tax-deductible offerings would fundamentally change our houses of worship. It would usher our partisan divisions into the pews and harm the church’s ability to provide refuge.”

Lifeway, a Christian polling firm, found that 79% of respondents did not think it appropriate for pastors to publicly endorse political candidates during a church service.

It seems like our “populist” president is more interested in his own interests than those of the people who voted for him.