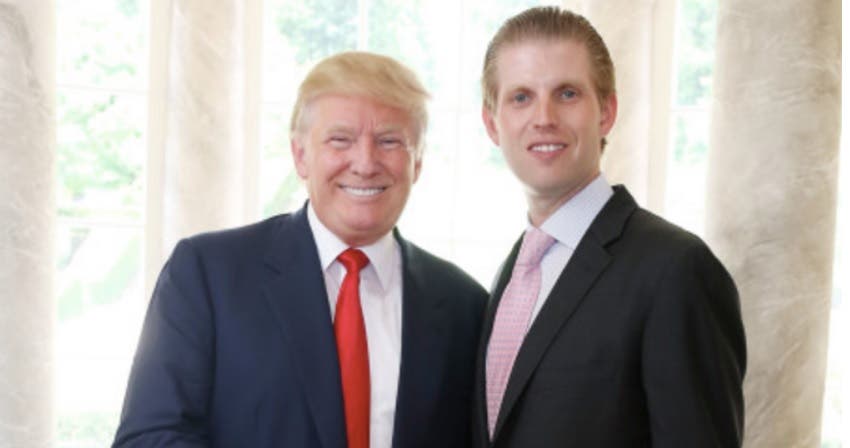 Eric Trump, one of President Donald Trump’s sons, is developing a love for controversial interviews with Forbes. First he told the outlet that he is actually going to give his father quarterly business reports despite previously stating the Trumps were committed to keeping business and politics separate.

Now, Eric is on record endorsing the nepotism that ‘earned’ him and his siblings Donald Jr. and Ivanka top jobs at Trump Organization and, in the case of Ivanka and her husband Jared Kushner, important White House jobs.

Eric told Forbes, “Nepotism is kind of a factor of life.”

No, Eric, nepotism is not a fact of life. It is a corrupt practice that rich families use to unjustly propel their offspring to lucrative positions of power.

For the vast majority of Americans, they have to earn their careers through diligent study and years of hard work. Eric got a job from his father without having to do anything for it, just like his father did.

He continued, “You know the one thing, Don, Ivanka and I never let him down really in any factor of life.” So it’s acceptable that they received executive positions without having to work their way up the ranks. Of course.

Eric Trump’s blasé attitude about his effortless rise to wealth, status, and political power represents the worst of the 1%. Not only do the richest Americans dominate the country’s wealth, they work tirelessly to keep the money circulating among themselves. They elevate their children based on blood, not merit, and in doing so crush the ambitions of hardworking and intelligent Americans who weren’t born into the insular elite.

It is telling that Eric can’t even see the problem with his words. He is so embedded in the culture of the wealth-hoarding 1% that nepotism is just another entitlement, just another “factor” of life.