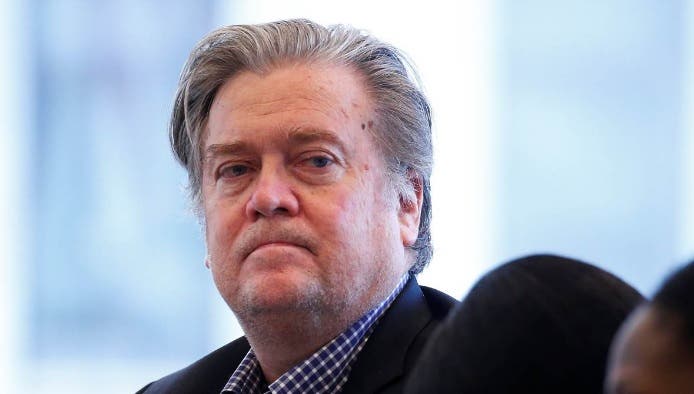 White supremacist, former Breitbart editor-in-chief, and current Chief Strategist Stephen Bannon has been removed from the National Security Council, according to a new report from Bloomberg‘s Jennifer Jacobs.

Jacobs also reports that national intelligence director, Dan Coats, and the chairman of the Joint Chiefs of Staff, Marine Corps General Joseph Dunford, have had their positions and “regular attendance” to the council restored.

The National Security Council’s agenda will now be set by National Security Adviser H.R. McMaster. However, Jacobs just reported that Bannon will be keeping his national security clearance, which is the highest available. He will also remain in the White House as Chief Strategist for the foreseeable future.

The move will prompt small sighs of relief from the American people. Apart from being an anti-Semite and an Islamophobe, Stephen Bannon carries a twisted and perverse view of the world not dissimilar to the apocalyptic worldview held by the nihilistic monsters of ISIS.

He believes that America and “Judeo-Christian” culture are set to engage in a 100-year-war against Islam and that we are approaching the “Fourth Turning” crisis in the cycle of history – and that crisis will take the form of a third World War.

Such an unhinged ideologue has no place on the National Security Council, which makes critical decisions that can lead to military action and war against other nations. Knowing that Trump is ignorant and easily manipulable, it certainly in our nation’s best interests to put the council in the hands of a responsible career diplomat like DNI Dan Coats instead of a deranged lunatic who would work to bring about the End Times himself.