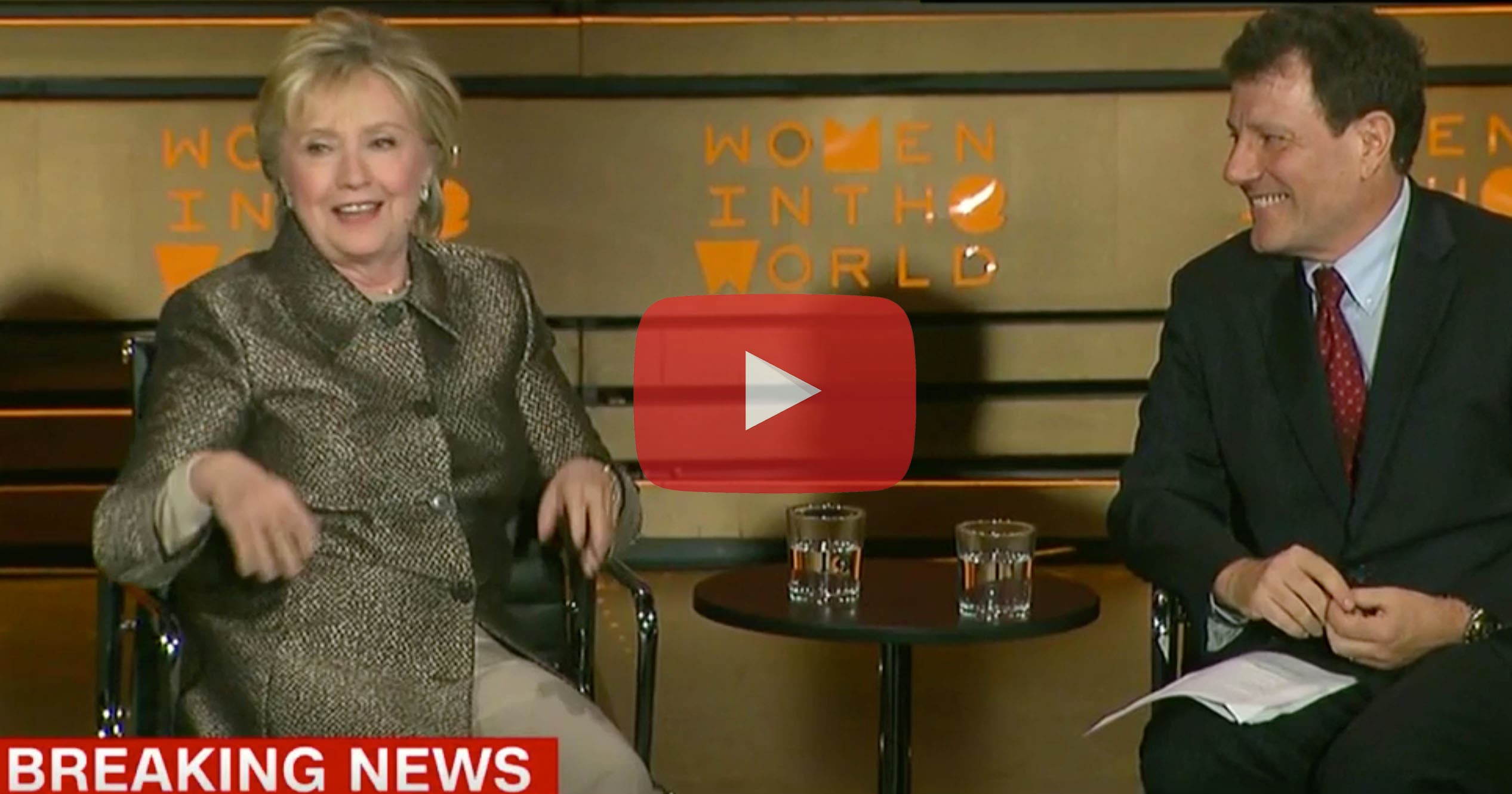 Hillary Clinton has been far from silent when it comes to criticizing President Donald Trump. Today, however, she took things to a whole new level. (Video below.)

“I don’t understand the commitment to hurt so many people that this Administration, this White House seems to be pursuing,” the former Secretary of State said today at Tina Brown’s Women in the World Summit.

Clinton went on to describe her amazement in watching Republicans try to tackle healthcare when they “had not a clue” what they were doing. At that point, she began to draw laughs, throwing out hard-hitting one-liners with the timing of a late night host.

“I don’t know that any of them had ever read the bill, read the law, knew how it worked. It was so obvious!” she exclaimed, throwing up her hands before collapsing back in her seat with a sigh and calmly stating, “You know, healthcare is complicated. Right?”

The crowd loved it, and she could have pulled off her mic and dropped it right there. But, she wasn’t done. Hillary spoke of the chaos that was Trumpcare, then confessed, “You know, I do admit, that was somewhat gratifying.”

Of course, while it’s important to find reason to laugh, these matters have tremendously important consequences. That’s why the takeaway from the video that’s truly most gratifying is this: Hillary Clinton is still fighting.

Hillary Clinton: I don't understand the "commitment to hurt" people that Trump's administration seems to be pursuing https://t.co/8lFJwdcXjr