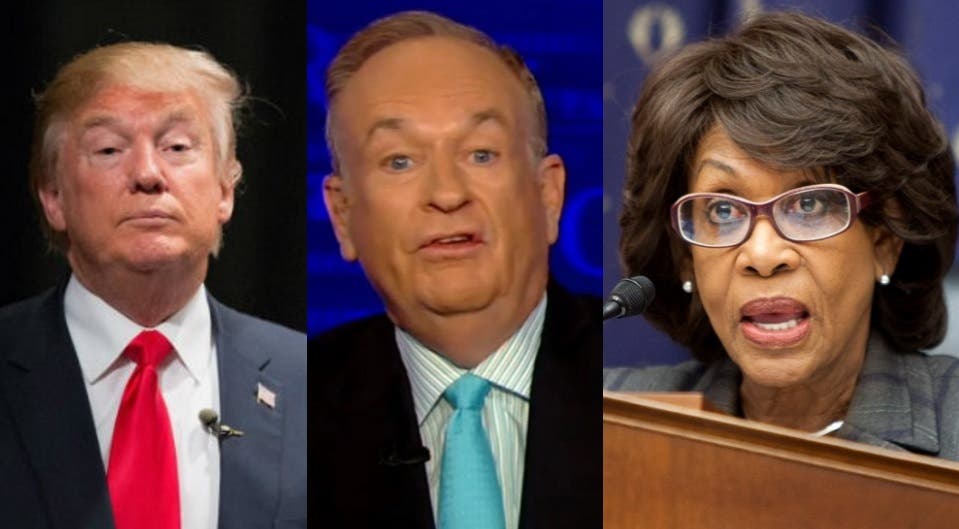 Serial sexual predator and FOX News host Bill O’Reilly has been facing a firestorm of condemnation after it was revealed that FOX had paid out $13 million to quietly settle five different sexual harassment and sexual assault accusations.

President Trump, himself a serial sexual predator who has been accused of harassment, sexual assault, and attempted rape by at least fourteen women, openly defended O’Reilly yesterday, saying that he was a “good man” who had done “nothing wrong.”

O’Reilly’s show has lost at forty different corporate sponsors as advertisers flee en masse. But Representative Maxine Waters (D-CA) believes that O’Reilly, who is also a known domestic abuser, should face a much harsher punishment for his crimes.

“They have treated women very badly. This really is a sexual harassment enterprise. They need to go to jail. Bill O’Reilly needs to go to jail. It shouldn’t be in America that you can sexually harass women and buy your way out of it because you’re rich.

Don’t forget [Trump] talked about grabbing women in their private parts, and because he was important he could get away with it. And so they are two of a kind.

O’Reilly recently came under fire for making racist comments about Rep. Waters and mocking her hair.

Right-wing misogynists like to complain about how sexual harassment accusations ruin men’s careers, but O’Reilly and Trump are obvious proof that couldn’t be farther from the truth.

It’s far past time that rich white men began paying the price for their crimes against women, and time for American society at large to begin punishing and stop rewarding men like Trump and O’Reilly, who treat women like sex objects instead of people.