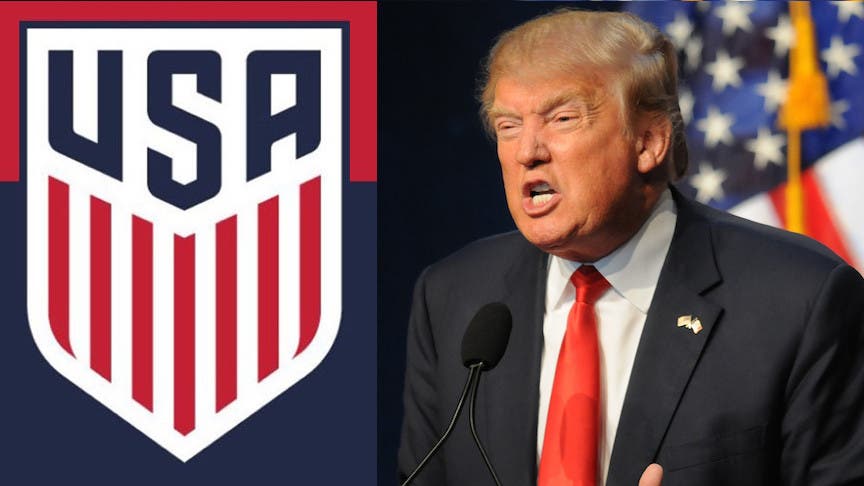 In defiance of President Donald Trump’s plans to build walls between, and tear-up trade deals with, our southern and northern neighbors, officials from the U.S. Soccer Federation  are working with representatives from the federations of Canada and Mexico to submit a joint bid to host the 2026 FIFA World Cup.

In a report published today in The Guardian, Victor Montagliani, the president of FIFA’s North American, Central American, and Caribbean region (CONCACAF), said:

“Canada, the U.S. and Mexico are aiming for a joint bid.  The idea has been around for a while, discussions are continuing and it is a very exciting proposition if it comes to fruition. We have had nothing but positive remarks about it and it is a very strong sign of what football can do to bring countries together.”

The U.S. has been expected to bid after its failed attempts to land the 2018 and 2022 FIFA World Cups.  The U.S. lost-out to Russia and Qatar, respectively, in what we now know was a corruption-ridden process and vote that led to the downfall of multiple FIFA officials, including the resignation of the body’s long-serving president, Sepp Blatter.

European soccer officials have publicly backed the idea of a U.S. bid for 2026 – both a solo bid and one with Mexico and/or Canada.  At least they did.  Since a certain someone moved-in to the White House in January and began trying to institute his controversial ideas about shutting down Muslim travel to the U.S. and building walls, that support has started to sour.

The President of the European federation, UEFA, sent the U.S. bid committee a warning in February after Trump rolled-out his first attempt to impose a travel ban.  Speaking to the New York Times, Aleksander Ceferin said that the travel ban and other similar policies, “…will be part of the evaluation, and I am sure it will not help the United States to get the World Cup.”

“If players cannot come because of political decisions, or populist decisions, then the World Cup cannot be played there. It is true for the United States, but also for all the other countries that would like to organize a World Cup.  It is the same for the fans, and the journalists, of course.  It is the World Cup.  They should be able to attend the event, whatever their nationality is.”

Members of the U.S. Men’s National Team have not been shy about their opposition to President Trump’s policies, either. Speaking to Sports Illustrated shortly after news of the ultimately doomed first Muslim ban broke, team captain Michael Bradley said:

“When Trump was elected, I only hoped that the President Trump would be different from the campaigner Trump, and that the xenophobic, misogynistic and narcissistic rhetoric would be replaced by a more humble and measured approach to leading our country.  I was wrong. The Muslim ban is just the latest example of someone who couldn’t be more out of touch with our country and the right way to move forward.”

After years of World Cup- related P.R. disasters, FIFA had been looking forward to returning to the U.S. for what would be a logistically and politically easy tournament.  The last two host nations, South Africa and Brazil, needed billions of dollars in upgrades to stadiums and basic infrastructure – money those poor countries didn’t really have – and both are now pockmarked with massive white-elephant stadiums that are little used.

FIFA’s next two World Cups won’t bring any relief, either. Qatar has been tormented by revelations of human trafficking and labor abuses as it attempts to build a sports and tourism infrastructure from scratch in the tiny desert nation.

And the clouds of Russia’s invasion of Ukraine – and Putin’s strongman policies in general – have already gathered over next summer’s tournament and don’t look like they’ll dissipate by kick-off time in June of 2018.

After all of this, a U.S. World Cup was supposed to be a slam dunk – or an ’empty netter,’ as they say in soccer.  Trump’s xenophobic plans and policies, however, have put everything in jeopardy.

Working with Mexico and Canada should convince the world that our people stand united in the face of those who would divide us.