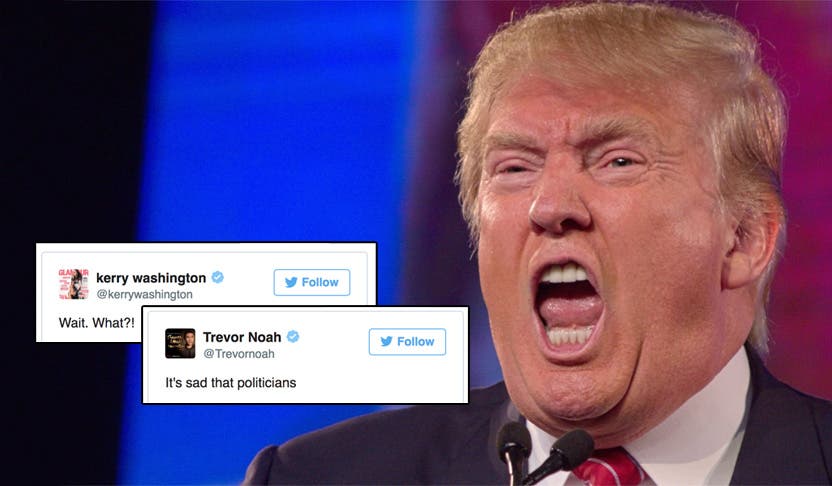 From calls for compassion and peace, to calling-out President Trump’s rank hypocrisy, celebrities have been active on social media since news of the U.S. attack on Syria broke yesterday evening.  Most of them have not been sympathetic to the tweeter in chief.

In what President Trump is calling a retaliation for the chemical weapons attack Tuesday that appears to have been ordered by Syrian President Bashar Al-Assad, the U.S. Navy launched nearly 60 Tomahawk cruise missiles from ships deployed in the eastern Mediterranean Sea Thursday.

As happens when troubling news breaks, Twitter lit-up with people trying to make sense of the rapidly unfolding events.

Tweets by notable celebrities reveal not only conflicting emotions, but confusion and anger about how this President has brought us – and perhaps the world – to the brink of involvement in yet another Middle East war.

Among the most scathing tweets was one from comedian D.L. Hughely, who offered this missive:

Others like Fifth Harmony’s Lauren Jauregui and George Takei had a similar observation but used slightly more diplomatic phrasing:

The Daily Show host Trevor Noah took a broader shot at the administration, calling them out for proposing billions of dollars in budget cuts that affect Americans, yet not even blinking at launching 60 missiles into Syria that cost around $1 million a piece:

Actress Sophia Bush, on the other hand, joined million of Twitter users in sharing old tweets from Trump himself bashing President Obama for a build-up to war that never happened.  There are at least a dozen tweets from Trump either beseeching President Obama not to attack Syria, or using the situation to question his leadership more broadly.  Sophia Bush chose a beauty:

Mostly, celebrities, like the rest of us, were simply coming to terms with what’s at the very least an ominous turn in our country’s involvement in Syria’s long-running civil war.  Many of us just wanted to send some positive energy into the twittersphere without being overtly political.  Actresses Kerry Washington and Lena Dunham led the way: 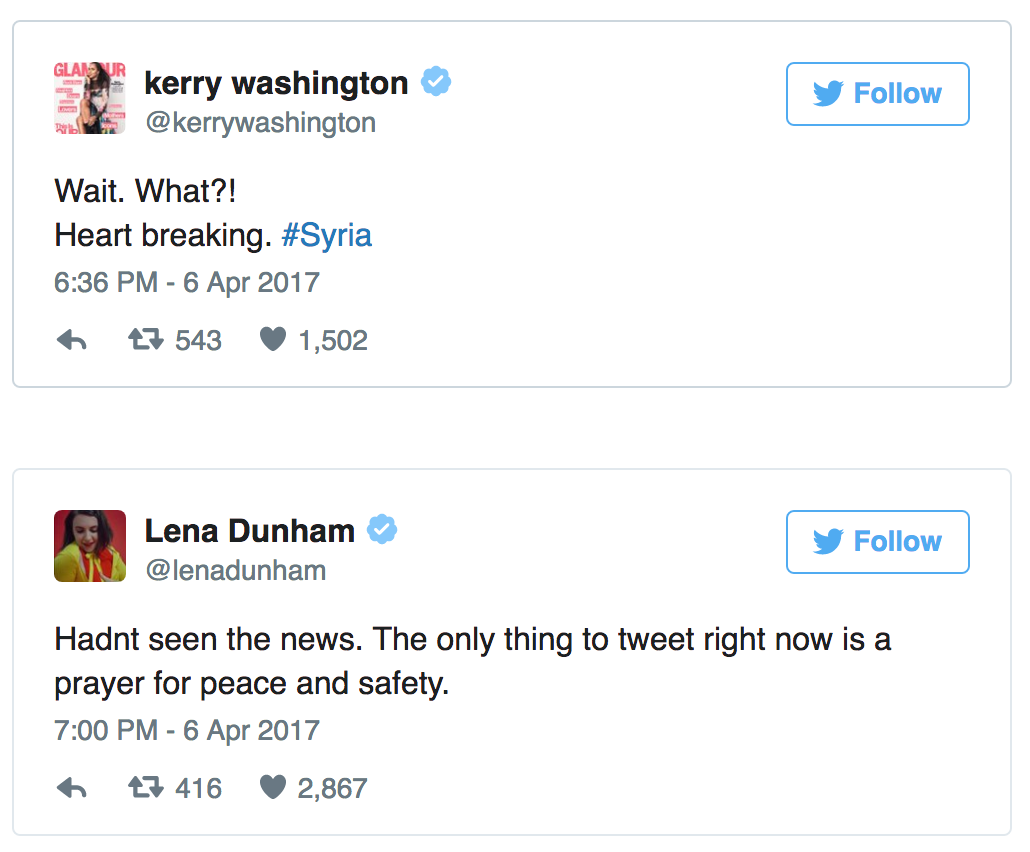 It’s still unclear what the long term implications the President’s new military adventure in Syria will have.  In the mean time, social media will continue to be a place where we can try to make sense of it all, even celebrities.