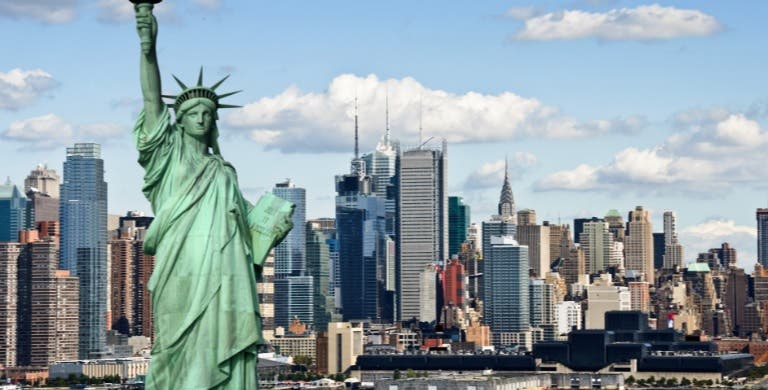 With dismal events dominating since election day, there’s finally some good news to report for a change. Governer Andrew Cuomo and the New York State legislature just made a historic decision to offer free tuition to any state resident whose family makes less than $125,000 per year at both the prestigious New York State University and New York City University systems.

Free public college education has been a key platform demand from the progressive wing of the Democratic party, with both Senator Bernie Sanders and Senator Elizabeth Warren being forceful proponents for the change.

With student debt ballooning beyond all previously known levels and endangering the financial futures of an entire generation, perhaps no issue resonates more strongly with millennials and their cash-strapped families than the exhorbitant cost of a higher education that may not result in job prospects that will allow the resulting debt to be paid off anytime soon.

At least in New York, the issue is finally being addressed. According to the website Inside Higher Ed:

“The governor’s office estimates that nearly 940,000 families in New York State will be eligible for free public college tuition when the plan is fully phased in.”

The new program, dubbed the “Excelsior Scholarship” after the New York state motto, will be phased in over three years, beginning this fall semester with new enrollees from families making less than $100,000 per year. The only catch for the recipients will be a requirement that they continue in most instances to live and work in New York state for the same number of years that they receive the tuition grants. If they do not, then then the scholarships will convert to student loans.

It’s not just students at public universities that will benefit from the new legislation, the state will also provide $3,000 matching grants for tuition at private universities who guarantee to match the grants and freeze tuition for the duration of the students’ enrollment.

Governor Cuomo was ebulliant over the passage of the tuition measure:

“You want to talk about a difference government can make? This is the difference that government can make,” Cuomo said at a budget briefing Friday. “There is no child who will go to sleep tonight and say ‘I have great dreams, but I don’t believe I’ll be able to get a college education because mommy and daddy can’t afford it.’ Every child will have the opportunity that education provides.”

Marc Cohen, the president of the SUNY Student Assembly, praised the legislation, saying:

Bravo, New York! Now it’s up to the rest of the states to follow New York’s brave leadership in making a college education affordable to anyone who wants one.