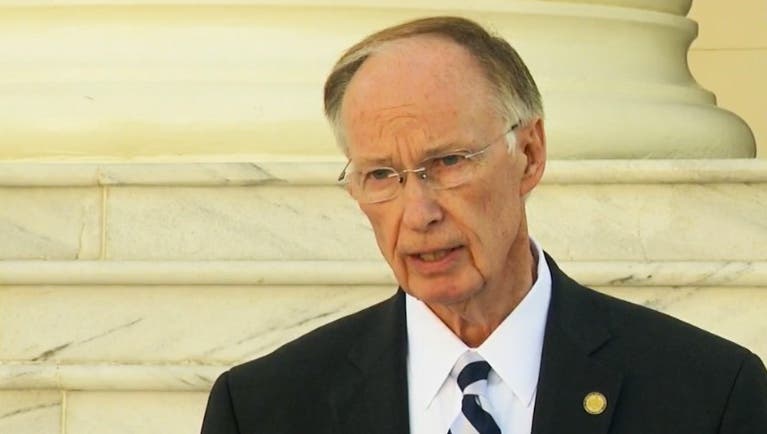 Under attack since last year in a brutal sex scandal, Governor Bentley seemed to have slipped through the fingers of the angry Alabama legislature when a state judge blocked impeachment hearings.

But, in what has turned into the Governor’s worst week ever, The New York Times reports that the Alabama Supreme Court today reversed the lower court ruling, leading the State House Judiciary Committee to schedule hearings as soon as Monday.

Today, the Alabama Ethics Commission found probable cause to believe that Governor Robert Bentley committed violations of both the Alabama Ethics Act and the Fair Campaign Practices Act. We have referred those matters to the Montgomery County District Attorney for further consideration and possible prosecution.

Then on Friday, a special counsel to the Judiciary Committee released a devastating report saying that:

Gov. Robert Bentley engaged in an “inappropriate relationship” with his chief adviser, then used intimidation tactics and deployed state law enforcement officials in an effort to cover it up.

As a Republican Governor in a state with Republicans in control of both chambers of the legislature, Governor Bentley’s downfall has been surprising. The former dermatologist and Baptist deacon and Sunday school teacher was considered low-key and had been in a stable 50-year marriage.

Then, came the leak of a salacious audio recording of the Governor reminiscing with a woman, later identified as his senior political advisor, about a recent mutual sexual encounter. According to state investigators, Bentley subsequently devoted numerous state resources to suppressing the distribution of the recording and has refused to cooperate in their investigations into his conduct.

Now, with impeachment hearing set to begin, Gov. Bentley faces temporary removal from office while the Alabama Senate decides his fate, as well as facing a two- to 20-year prison sentence and a fine of up to $20,000 for each of the four potential ethics and campaign practices violations.

Let’s just hope that this is not the last impeachment trial set to get underway this year.