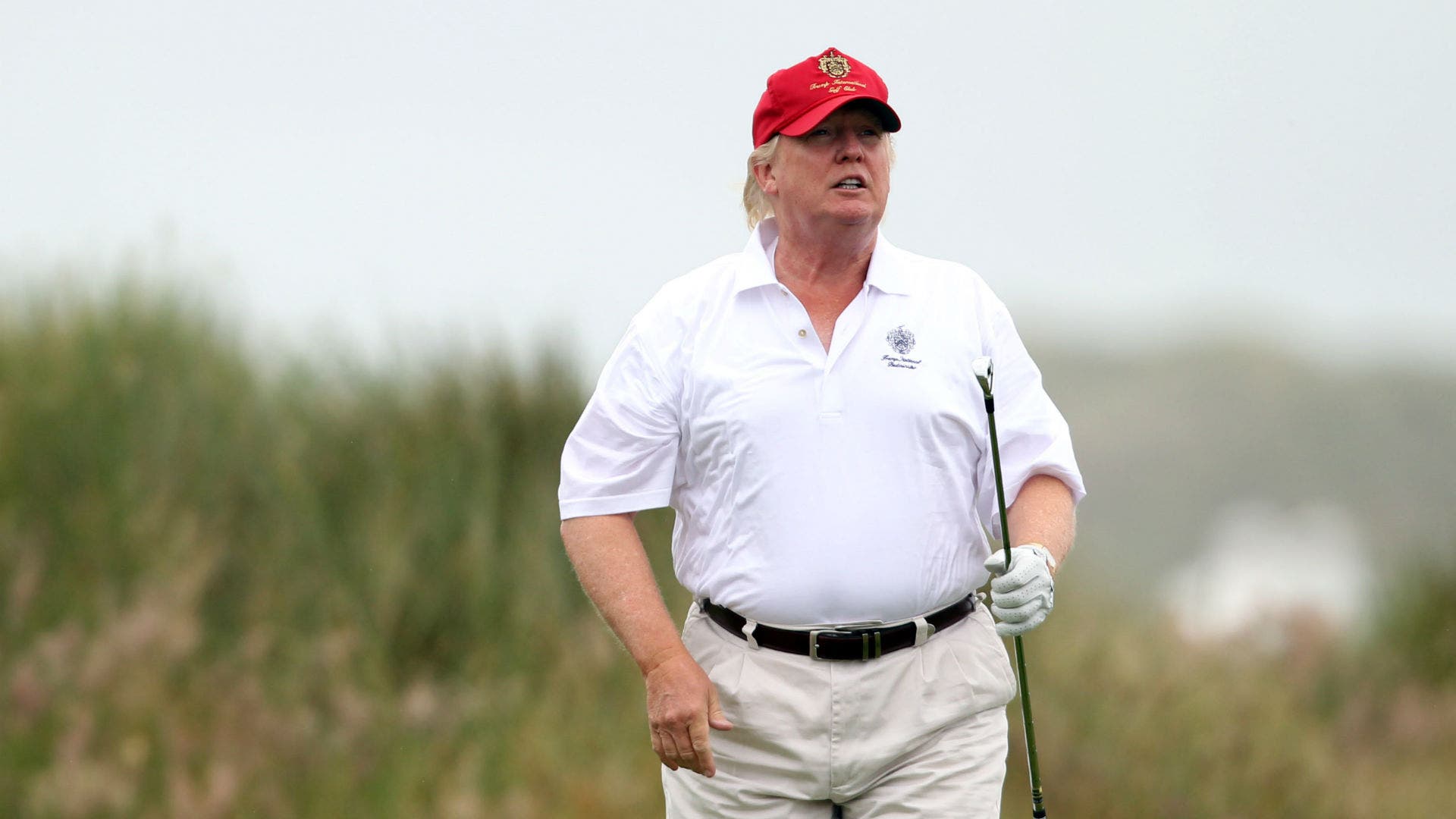 After what must have been an excruciating break from the links to intermittently govern the country, Trump is back where he feels most comfortable: one of his own golf courses.

Trump arrived at the Trump International Golf Club in West Palm Beach, Florida today, but instead of the warm welcome he expected, the President was greeted by a horde of protestors. Per the White House press pool, Trump’s motorcade was confronted with protestors carrying signs that read, “Resign,” “Impeach Trump,” and “Loser.”

For a man so obsessively concerned with his own image and with skin as thin as his hair, that couldn’t have felt good. Cue the impending Twitter outburst.

NBC News’ Bradd Jaffy has covered Trump’s recent – and constant – golf outings. This was his 15th golf trip since becoming President and 10th consecutive weekend traveling to one of his own properties on the taxpayers’ dime.

President Trump is now at Trump International Golf Club in FL, per pool. It is his 15th golf course trip since taking office 11 weeks ago.

It is the 10th weekend in a row (out of 12 as POTUS) Trump has visited a Trump-owned property (Mar-a-Lago club, FL/VA golf clubs, DC hotel)

Kudos to the Florida protestors for keeping an otherwise unchecked President accountable.