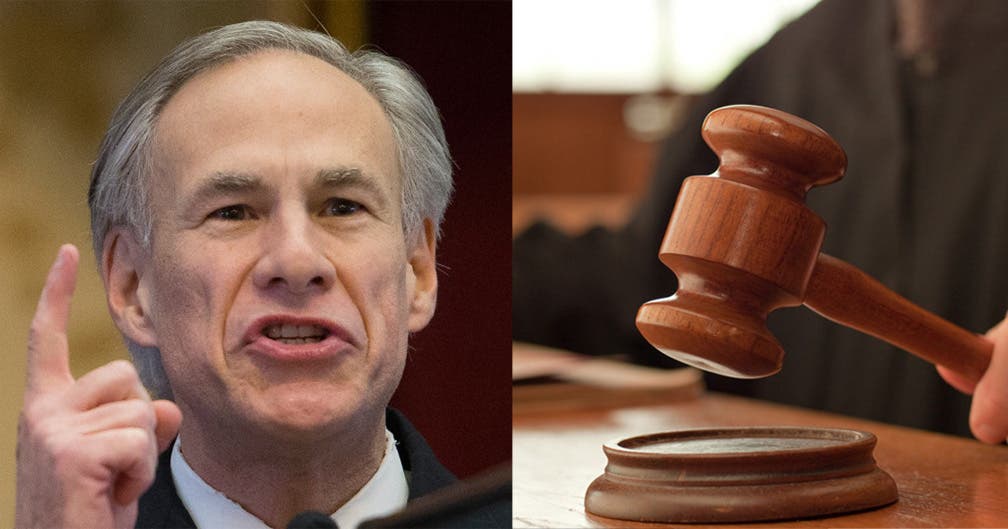 Texas’s controversial 2011 voter identification law has been struck down by a Federal judge today.  Judge Nelva Gonzalez Ramos of the U.S. 5th District ruled that the law was filed with the intent to discriminate against Latinos and other minorities.

According to a report in the New York Times after the February 28th hearing earlier this year:

“The voter ID law was found by the appellate court to have a discriminatory effect on black and Hispanic voters, many of whom lacked the required government-issued photo ID. Establishing the Legislature’s motive in passing the bill has proved to be one of the most vexing and politically contentious questions in the case.”

“…the law’s opponents said Republican lawmakers had steamrollered the bill through the Legislature in the name of preventing voter fraud and made numerous departures from legislative norms, including classifying it as emergency legislation and bypassing the usual committee process. Lawmakers, they argued, had selected IDs that were more accessible to white voters and excluded those more accessible to minority voters.

Judge Gonzalez Ramos’ ruling today finds that Texas Republican legislators did, indeed, write the law with the intent to suppress the minority vote.

Voter suppression in Republican-controlled states isn’t new, and it’s no coincidence, either, that restrictive voter identification legislation is now an official plank of the GOP party platform.  The demographics time bomb is ticking for the Republican Party, and rather than modify and expand their policies and positions to attract and incorporate more minorities and women, they’ve decided that the better strategy is to change state laws to exclude as many of them as they can from voting Democrat.

This new strategy has been working.  Because all voting is run by each individual state – even for federal elections – these kinds of restrictive and discriminatory measures can become law.  Today’s ruling, though, delivers a serious blow to the GOP’s efforts to suppress votes because it moves Texas one step closer to being placed back under the authority of Voting Rights Act (VRA).

The VRA is the Civil Rights Era legislation that undid poll taxes and other Jim Crow laws that prevented Black voters in the south from registering to vote.  Many mostly southern states to this day are closely monitored by federal agencies that oversee the enforcement of the VRA.

Being placed back under the Voting Rights Act means that Texas legislators would once again need ‘pre-clearance’ by the federal government to make any changes to its voting processes and procedures – a massive blow to the states’ prestige.

Texas had been under ‘pre-clearance’ when the state passed the controversial SB 14 law in 2011, so they could’t fully implement it at the time.  Then, in 2013, a Supreme Court ruling gutted that part of the Voting Rights Act.  Suddenly free from pre-clearance, former Governor Rick Perry took the opportunity to enact the measure.  Civil Rights groups immediately filed suit later that year.

Despite the ongoing lawsuit, a temporary compromise version of the law was in-place for the 2016 presidential election, whereby voters who did not have one of the approved I.D.s the new law required could sign a “reasonable impediment declaration” and still vote.

President Obama’s Justice Department gave the plaintiffs its full backing from the moment the lawsuit was filed in 2013.  When President Trump assumed office in January of this year, however, new Attorney General Jeff Sessions pulled the DOJ’s support.

Ezra D. Rosenberg, the plaintiffs’ lawyer, told the New York Times after a February 2017 hearing that, “It’s sad, in a way.  You have the most important governmental civil rights agency abandoning a claim that is strong and solid and which it has steadfastly prosecuted for five years.”

The case went forward anyway, and today’s victory is a huge win for Democrats.  After decades as a reliable Red State, the G.O.P.’s grip on Texas showed signs of loosening in the 2016 presidential election.  With the Lone State State’s huge population of Latinos, and large numbers of Americans moving there from liberal coastal states, unconstitutional laws like these could be all that’s standing in the way of turning the Texas Blue.