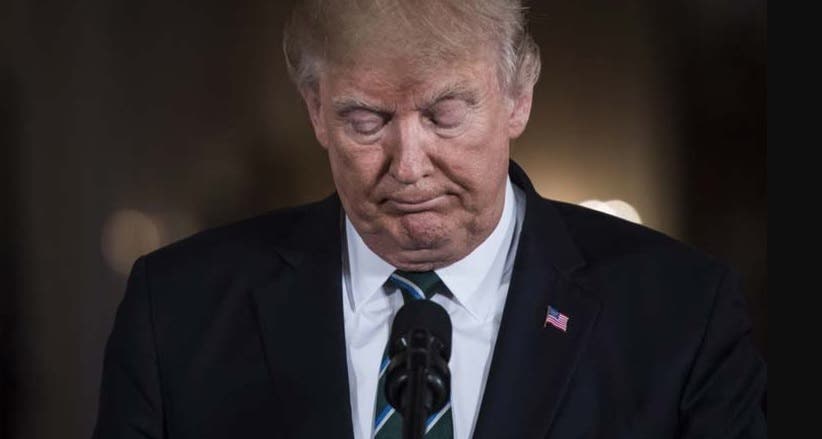 One of President Donald Trump’s favorite business, his New York City-based modeling agency, Trump Model Management, is shutting down after 18 years in business, according to stories in the New York Post and Mother Jones.

Before he was President, Trump was said to have played a “hands-on” role in the modeling agency, which was reportedly one of his “most prized” businesses. One shudders to think of what that may have entailed.

“Trump has taken an active role at Trump Model Management from its founding,” Mother Jones reported August 30, 2016. “He has personally signed models who have participated in his Miss Universe and Miss USA competitions, where his agency staff appeared as judges.”

Troubles for the agency began after Trump had to sell the Miss Universe and Miss USA competitions in September 2015, after NBC promptly fired him for calling Mexicans rapists and drug dealers in his presidential announcement speech.

That led to the telecasts being dropped by Univision in the U.S. (leading to a lawsuit since settled), and many performers and potential contestants opting not to have anything to do with Trump or his businesses.

The agency, in which Trump is said to own an 85 percent stake,  was also hard hit by the controversies swirling around Trump, leading to model defections and problems booking jobs, which only cemented its reputation as “toxic” in the fashion industry.

Trump reported on government disclosure forms he was making about $2 million a year from the modeling agency.

As recently as last week, a spokeswoman for the agency insisted it was business as usual. But a memo was just circulated by Corinne Nicolas, president of Trump Models, telling people in the fashion and modeling industries that it would close.

“Trump Organization is choosing to exit the modeling industry,” Nicolas wrote in the email, according to Mother Jones.

“While we enjoyed many years of success,” a spokesperson for the Trump Organization confirmed to the New York Post on April 6, “we are focused on our core businesses in the real estate and golf industries and the rapid expansion of our hospitality division.”

The agency has been controversial over the years because of charges that it frequently violated U.S. immigration law by allowing girls as young as 14 to work without the proper work visas. The girls would enter the U.S. as tourists.

Canadian model Rachel Blais, who signed with the agency in 2004, told Mother Jones she worked illegally for at least six months before getting a proper work visa. during that period she appeared on Trump’s reality show, The Apprentice, where she modeled outfits designed by contestants on the show. Trump sat int the first row as she performed looking on.

“Two of the former Trump models said Trump’s agency encouraged them to deceive customs officials about why they were visiting the United States and told them to lie on customs forms about where they intended to live,” reported Mother Jones. “Anna said she received a specific instruction from a Trump agency representative: ‘If they ask you any questions, you’re just here for meetings.'”

The modeling abuses also raise the specter of how the girls were exploited by Trump personally. He himself personally boasted of walking into dressing rooms when beauty contest contestants as young as 15 were only partially clothed. At least four women who competed in Miss Teen USA said Trump walked in unannounced.

“Mariah Billado, the former Miss Vermont Teen USA, ” told Buzzfeed, “that the now 70-year-old Republican presidential candidate caused a panic in the dressing room of the 1997 pageant when he barged in unannounced as the young women were changing,” reported People Magazine.

“However,” added People, “she says Trump shrugged off the intrusion, saying something along the lines of: ‘Don’t worry, ladies, I’ve seen it all before.'”

Once in New York, the girls were housed in apartments in groups. “Trump Models forced its recruits to pay sky-high rent to live in crammed living quarters,” reported Mother Jones, “while levying a dizzying number of fees and expenses on its talent that left some models in deep debt to the agency.”

For a candidate who built his image on an anti-immigration platform and wooed the “family values” vote, it was odd that he ranked among his favorites a business that largely depended on immigrants, many of whom worked illegally.

It is just another chink in the armor of a President who has clearly lied about many things, and who made some of his fortune exploiting women not just by having them appear in skimpy costumes, but also by over-charging for housing and fees, and then discarding them when they were no longer useful – just like he does his wives.