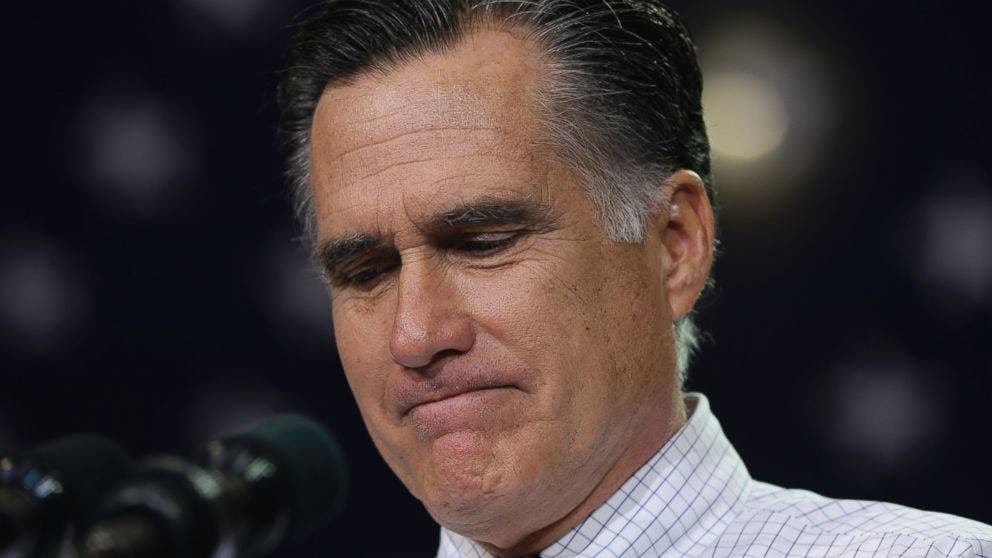 The 2012 Republican nominee Mitt Romney made many notable gaffes – among them his 47% comment – but none of them gained the same level of notoriety that his “binders full of women” statement did.

“A former Romney aide recently exhumed the files and shared them with the Globe. Two white three-ring binders (weighing in at an aggregate 15 pounds, 6 ounces) are packed with nearly 200 cover letters and résumés, along with a few handwritten notations.”

During a presidential debate against then-President Obama, Romney tried to defend his reputation fighting against workplace inequality in Massachusetts by awkwardly referencing the “binders full of women” he considered for state posts.

“Thank you and, uh, important topic,” Romney said after Obama spoke about signing a bill into law that was intended to close the wage gap between men and women. Romney continued, “I went to a number of women’s groups and said, ‘Can you help us find folks?’ and they brought us whole binders full of women.”

In an era where “grabbing women by the pussy” was not only not a deal-breaker but deemed permissible enough for Trump to get elected President of the United States, Romney’s blunder seems trivial at best. At the time, however, it served as an accurate microcosm of Romney’s persona— the sometimes socially awkward, establishment white male.

Now, however, with Trump’s white male-dominated administration plagued by an FBI investigation into possible collusion with a hostile foreign power, we find ourselves strangely nostalgic for a time when “binders full of women” was the biggest scandal in Washington.

From The Boston Globe: