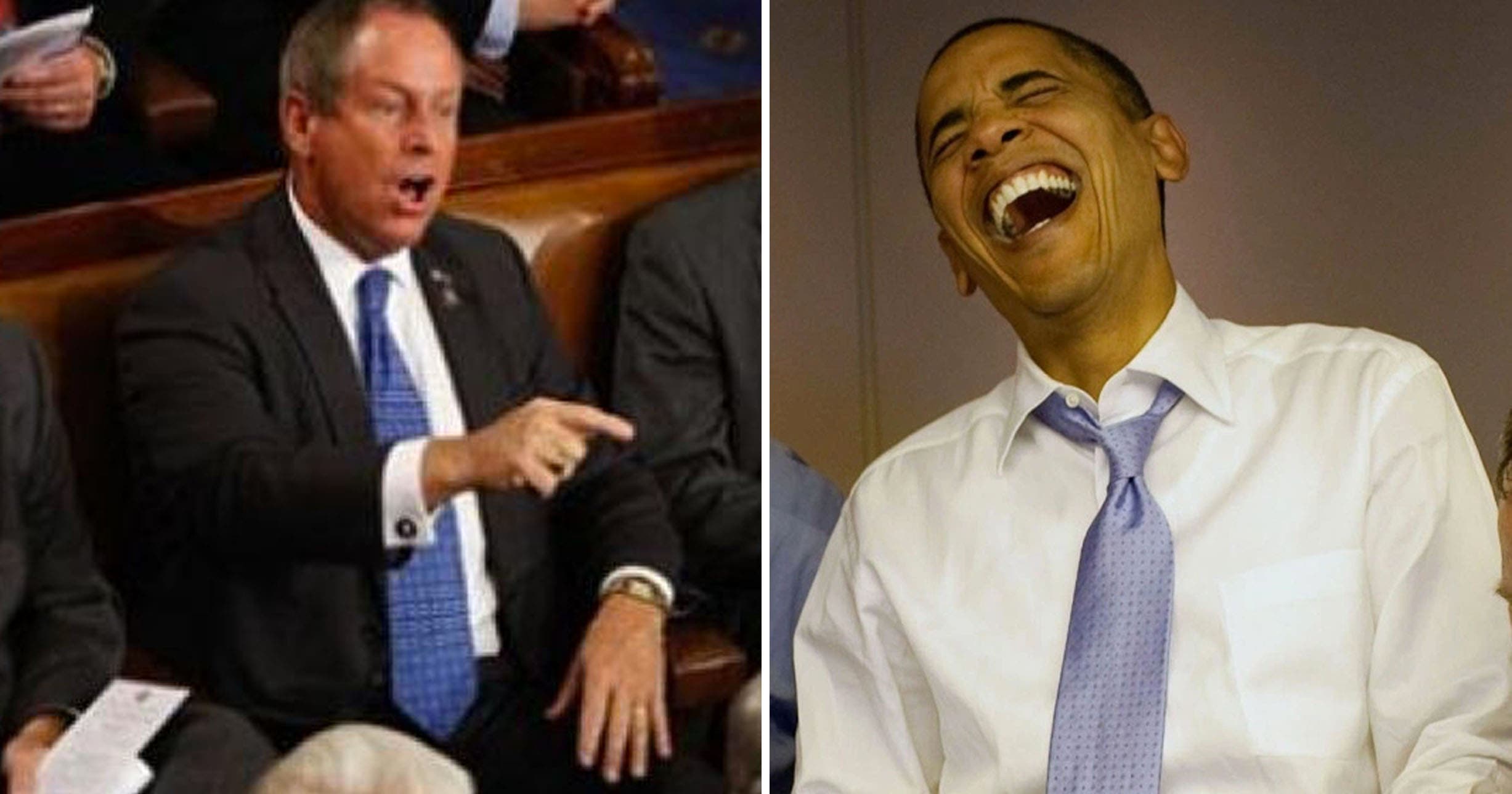 Congressman Joe Wilson’s (R-SC) outburst from eight years ago has come back to bite him big time. (Video below.)

In September of 2009 during President Barack Obama’s healthcare speech to a joint session of Congress, the South Carolina tea partier forgot that he was an adult, much less an elected official, and bellowed, “You lie!” at the President of the United States from the floor of the Capitol.

Wilson apologized for his behavior, but all was not forgotten.

At a town hall meeting today in Graniteville, SC, Wilson claimed that he had supported, “all efforts to make sure that violence against women is fully enforced,” and it did not go over well. For the next 30 seconds, the angry crowd berated the Congressman with chants of, “You lie! You lie!”

In 2013, Wilson joined with many of his fellow Republicans in opposing the reauthorization of the Violence Against Women Act, which provides vital resources and protections for women who face domestic violence.

It was the longest but not only time Wilson’s constituents turned his famous tantrum against him. For some in the crowd, it was an eye-opening experience.

“I moved here from somewhere else,” said South Carolina transplant Dana Philips. “If I had known before I moved here that this is the man who stood up in Washington, D.C., and yelled at our former president, I would not have moved here.”

On some level, this feels like justice served. However, for the man who disgraced his office to slander President Obama’s efforts to provide health coverage to Americans and abandoned victims of domestic violence, this is just the start.

So to Indivisible, Campaign Zero, and other community activists: Keep up the good work.