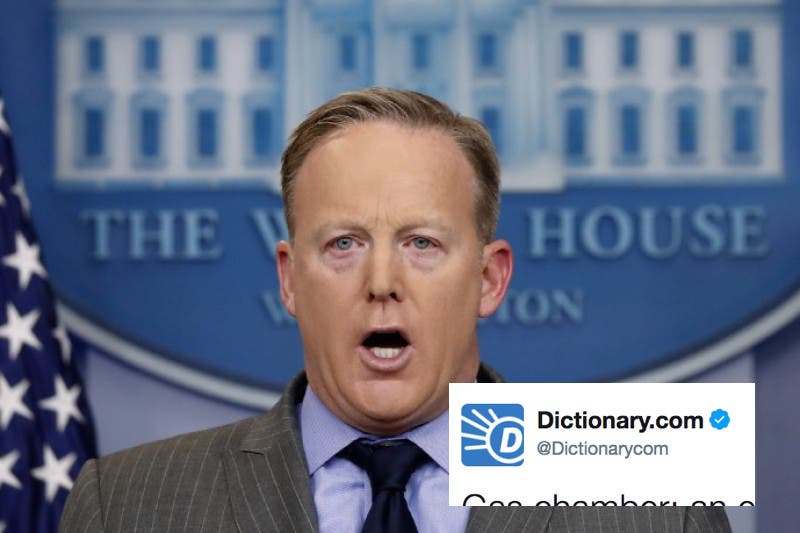 After Sean Spicer bungled yet another press conference, this time insinuating that Hitler never used chemical weapons in the Holocaust, just about everyone took a turn to lambast the embattled Press Secretary.
Even Dictionary.com got on board:

Gas chamber: an enclosure used for the execution of prisoners by means of a poisonous gas. https://t.co/iL6U45ErX5 https://t.co/CrvFK8brpg

Dictionary.com defined the word “gas chamber,” theoretically to remind Sean Spicer that when Hitler executed six million Jews and others, the poisonous gas that killed them does indeed count as a chemical weapon.

While Spicer is having a particularly bad day, this is par for the course in an administration that crumbles by the day—a far cry from the “best people” that Trump promised to hire on the campaign trail.