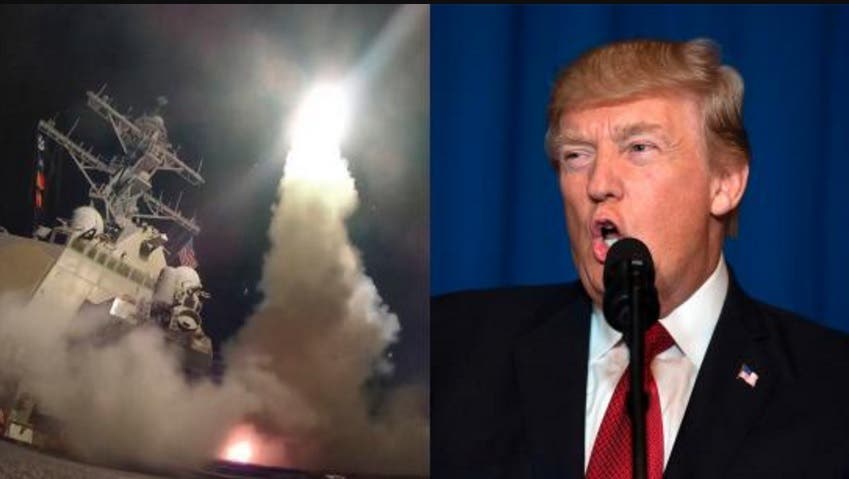 The world was shocked last week when President Donald Trump ordered a missile strike on a Syrian military airbase in response to a brutal chemical attack that took place in the country days earlier. Trump has made a big show of rolling around in bed with Russian autocrat Vladimir Putin, and Russia is Syria’s most prominent ally.

What caused Trump to break ranks with his Russian sponsors? Perhaps his advisers explained that the missile strike would be an important geopolitical maneuver? No, Trump attacked Syria because his daughter Ivanka told him to.

Eric Trump, Trump’s second eldest son, told The Telegraph that Ivanka was behind the missile strike. He said Ivanka was “heartbroken and outraged” by the Syrian regime’s chemical attack on the village of Khan Sheikhoun that killed 86 people, including dozens of children. Eric continued, “Ivanka is a mother of three kids and she has influence. I’m sure she said, ‘Listen, this is horrible stuff.'”

Ivanka, just as a reminder, is a businesswoman with no government or military experience. In fact, Eric has recently developed a bizarre habit of telling the press things that he probably shouldn’t be saying aloud if he doesn’t want to be disowned, including that he and his siblings all got their jobs through nepotism.

Why did Trump attack Syria and risk an international conflict with a major world power and risk getting the United States deeper involved in a six-year civil war? Because Ivanka, the inexperienced woman in a room full of prominent advisers felt some strong emotions in response to a chemical attack. This is the Trump administration, where there is no strategy and no endgame – only self-interest and impusle.