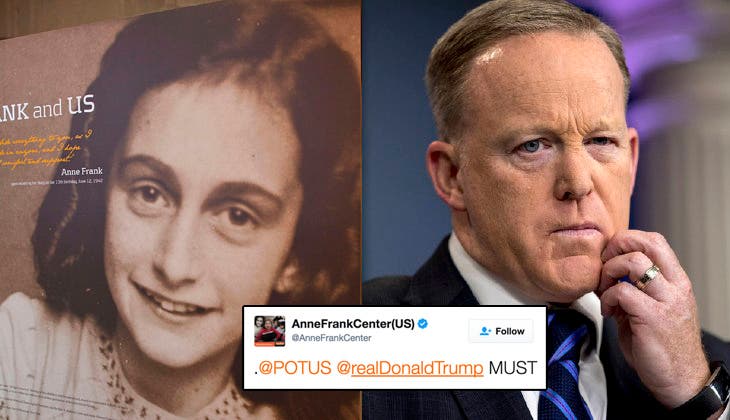 And now the Anne Frank Center for Mutual Respect has called on President Trump to sack Spicer immediately.

In a statement, Steven Goldstein, the Center’s executive director, wrote:

“On Passover no less, Sean Spicer has engaged in Holocaust denial, the most offensive of fake news imaginable, by denying Hitler gassed millions of Jews to death.  Spicer’s statement is the most evil slur upon a group of people we have ever heard from a White House press secretary.  Spicer now lacks the integrity to serve as White House press secretary, and President Trump must fire him at once.”

For someone who makes a living cleaning-up Trump’s insensitive and ignorant statements in the media, you’d think Spicer would be a little more careful with his words.  Or maybe he said exactly what he thinks.

That’s up to the President to decide now.