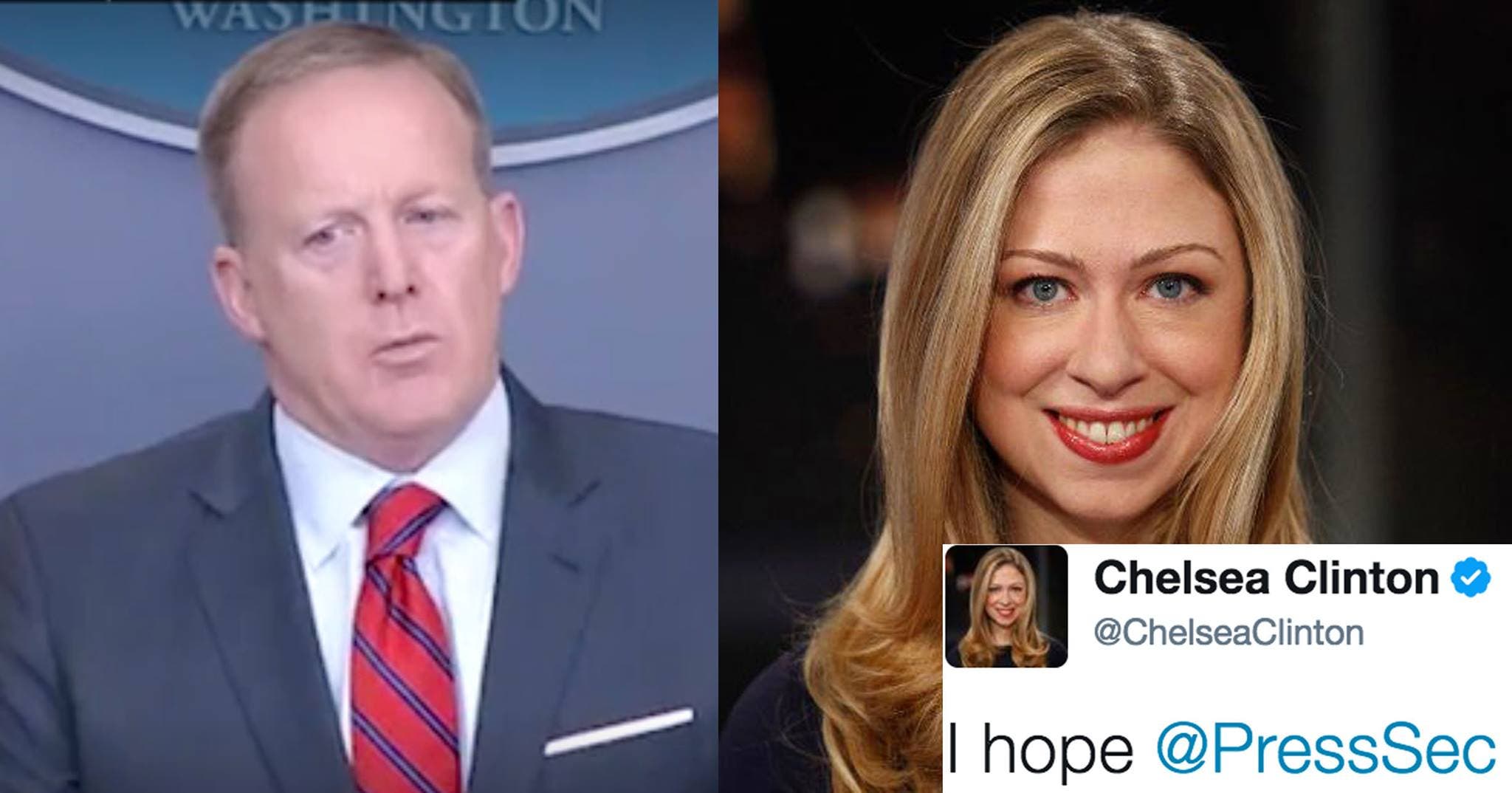 Pastor Who Condemned Pulse Nightclub Victims Just Got What He Deserves

Chelsea Clinton has some good advice for Donald Trump’s controversial press secretary Sean Spicer, who set off a firestorm of anger today when in an effort to shame Russia and its ally Syrian President Bashar al-Assad for the use of chemical weapons ,said “even [Adolph Hitler] didn’t sink to using chemical weapons during World War II.

I hope @PressSec takes time to visit @HolocaustMuseum. It's a few blocks away. https://t.co/24fNoMUyS8

Spicer was quickly corrected by reporters who pointed out Hitler gassed millions of Jews using chemicals. Spicer later issued a clumsy apology, but the damage had been done. Once again, Trump’s mouthpiece had put his foot in his mouth.

Spicer could not have picked a worse time to show his ignorance of history. Today is also the first full day of Passover, the holiday that celebrates the salvation of the Jewish people from slavery, and their passage to Israel.

What Spicer needs is some education. So he should heed Chelsea Clinton, the First Daughter of President Bill Clinton and Hillary Clinton, to do what 40 million others – including almost 100 heads of state – have done since 1993 and visit the official U.S. memorial to the Holocaust, conveniently located adjacent to the nearby National Mall.