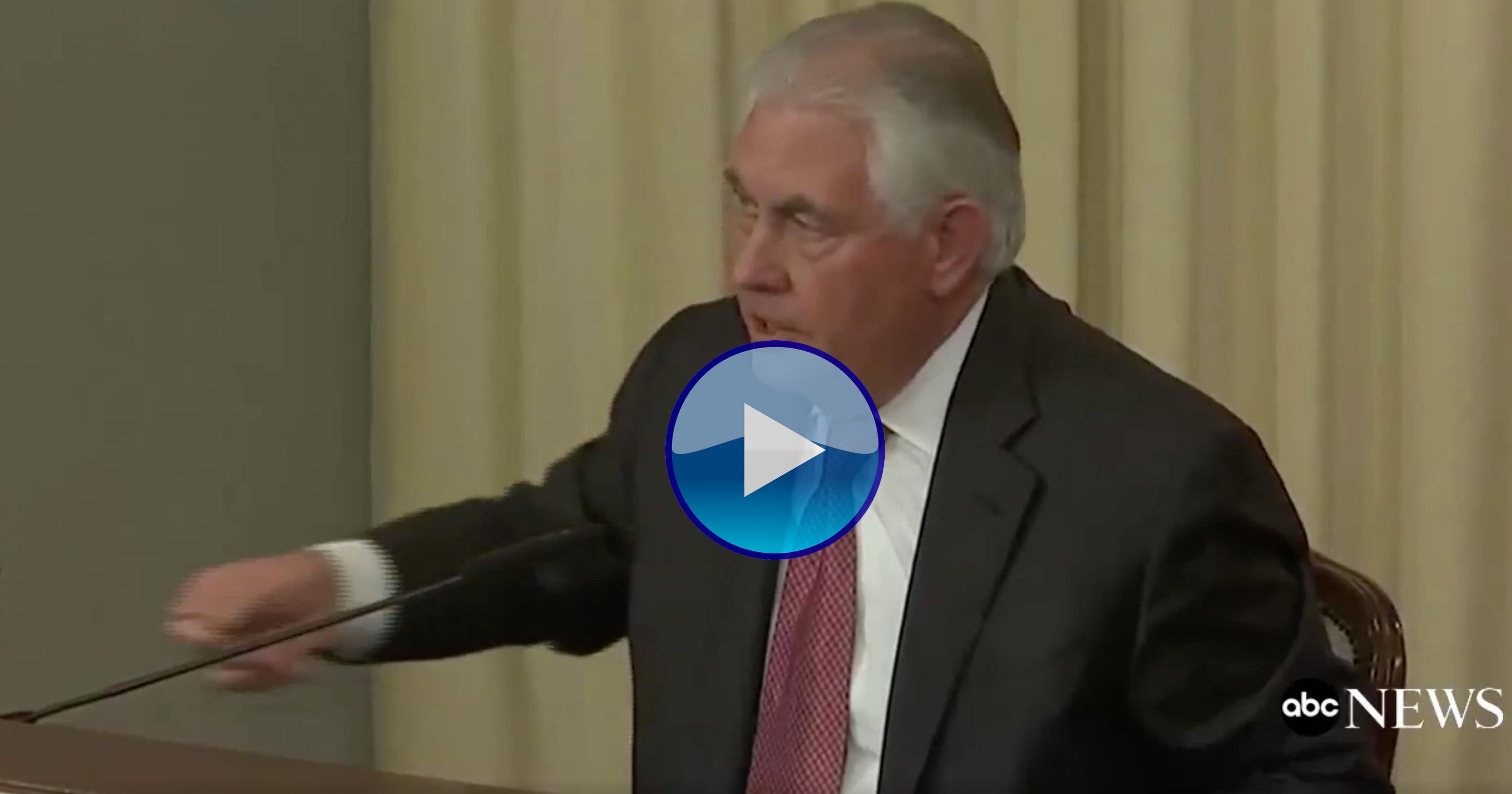 After ditching journalists for a closed door meeting behind with Russian President Vladimir Putin, Secretary of State Rex Tillerson finally sat down to take questions from the media. Predictably, he was asked about yesterday’s comments by Sean Spicer in which he claimed that Hitler had not gassed his own people.

Unpredictably, however, Tillerson stood by the comments that Spicer has since apologized for. (Video below.)

An unidentified journalist referenced the comments that “Mr. Hitler had never used chemical weapons” and asked, “Do you think the rhetoric can change, and is it helping the diplomacy or not?”

Tillerson accurately relayed the facts of Syria’s atrocious attacks on its own civilians before turning to the reporter’s seemingly innocuous question about the Trump regime’s Hitler rhetoric.

“I think the characterization is one that President Assad has brought on himself,” Tillerson said, reopening the global anger over Spicer’s comments.

The Trump regime’s failure, again, over the most basic tasks continues to baffle observers. Assad is a brutal tyrant and a mass-murderer. On that, no one disagrees. The fact that Trump’s team cannot make this obvious point without minimizing the crimes of Nazis or disrespecting their victims is more than a little troubling.

If they are failing when the tasks are this easy, it does not bode well for the complex job of governing that lays ahead.

Asked about Spicer's Hitler/Assad comparison, Sec. Tillerson says, "The characterization is one that Pres. Assad has brought upon himself." pic.twitter.com/4atWiPfDxo