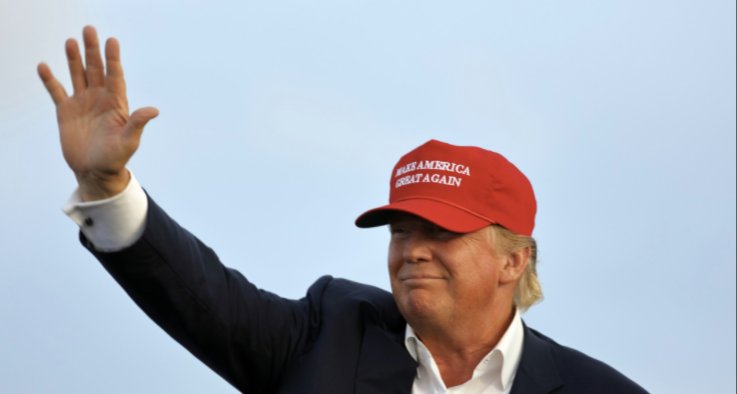 NBC Just Confirmed Our WORST Fears About Trump and North Korea. Get Ready…

The rest of us may have to wait until the end of business Friday for the start of Easter weekend, but less than four days after he left his Mar-A-Lago resort in Palm Beach, Florida, President Donald Trump headed back there today on Air Force One, which costs $142,380 an hour to operate.

That is only part of the estimated $3 million cost to the federal government each weekend as Trump heads to what he calls his Winter White House. This weekend will be the seventh time he heads there in the 13 weeks he has been President, at a minimum cost to taxpayers of $21 million.

Trump, who criticized President Obama for playing too much golf while in office, is on track to spend as much on his travel in his first year in office as President Obama spent in his entire term.

That doesn’t count the huge costs his trips have burdened the taxpayers of Palm Beach Country and the state of Florida, and the massive disruption it has caused for anyone who wants to fly into a local airport, drive a car on the roads he travels, or who operate a business anywhere near Mar-A-Lago, around which the Secret Service puts up a security zone that shuts down their business.

Trump is flying into the Palm Beach International Airport again, which causes major delays for many of the thousands of people who are using the airport at the same time.

It also has been a disaster for a nearby airport for private planes that is shut down by the feds each time Trump travels to ensure there is no danger in the air above Florida. A local flight school and a company that has planes which pull banners have lost thousands.

Until this weekend, when Trump is taken in big black SUV’s from the airport to Mar-A-Lago it has caused major highways and roads to be closed, sometimes for hours, creating a traffic nightmare for millions. That may be alleviated beginning this weekend when Trump is expected to take a helicopter to the resort, where a brand new helipad has been built to accommodate his visits.

Palm Beach Country spends over $60,000 a day when Trump visits, mostly for law enforcement. It has spent at least $2 million since January, and despite repeated requests, little of that has been reimbursed by the government to date, according to the local Sheriff, speaking to the Orlando Sentinel.

Thre is talk about creating a special tax zone around Mar-A-Lago to recoup some of the costs, but nothing has been done yet.

Of course, the local burden is in addition to what it costs to bring along staff, friends, employees and Secret Service agents, all of whom must be housed and fed.

Where they stay, and what Trump’s visit means to Mar-A-Lago is also raising serious ethical concerns. No American President in memory has gone to a private resort which he (and his private company own), and then had the government cover the costs.

“It’s just another example of his consistent efforts to exploit public office for private gain,” Steve Schooner, an ethics expert, and professor at George Washington Law School told NBC News. “He’s using his official office and the fact that people have to travel with him, meet him, and follow him to promote his commercial enterprise, n this case his privately owned club.”

Since he became President, Mar-A-Lago has doubled its initiation fee to $200,000 a year (aside from a $14,000 a month members fee) and reportedly is booked to capacity well in advance every weekend.

“I can’t think of anything like this that we’ve ever seen at any time in the modern era,” says Schooner, adding: “Imagine what you would have to pay to get that kind of brand recognition. That’s extraordinary.”

Trump is also expected to play golf while in Florida at one of his company’s nearby courses, accompanied by his usual contingent and Secret Service agents in golf courts in front of, behind and all around him. Last weekend, he had to put up with protesters outside the course with signed calling for him to resign, saying he is a “loser,” and calling for him to be impeached.

When he hits the links it will be his 17th time golfing on his seven trips to Florida. He is said to be a good golfer who hits in the 80s for 18 holes, but has also been accused of cheating at golf. This is the same guy who criticized President Obama for playing too much golf while in office. Trump is far ahead in the number of games played per week as President.

President Trump is guarded especially closely when he plays the 18th hole, which has a water hazard. There is concern an alligator may come out of the water and snatch Trump for his Easter lunch.