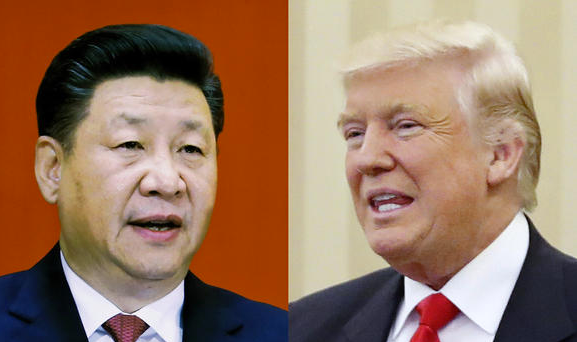 China is now stepping into the role of peacemaker.

In the bluntest statement yet on the North Korean nuclear threat, a top Chinese official today warned that “mutual provocation and threats” by the U.S. and North Korea threaten to make an already bad situation “spin out of control.”

“The United States and South Korea and North Korea are engaging in tit for tat, with swords drawn and bows bent, and there have been storm cloud gathering,” China’s foreign minister Wang Yi said in Beijing, according to the state news agency.

“We urge all sides to no longer engage in mutual provocation and threats,” he added, “whether through words or deeds and don’t push the situation to the point where it can’t be turned around and gets out of hand.”

The strong words by a Chinese official come only two days after China’s President Xi Jinping had a rather mild phone conversation with President Trump which was a follow-up to their discussions last week during a state visit held at Mar-A-Lago.

In Florida, Xi Jinping and Trump discussed the volatile situation on the Korean Penninsula, among other issues. The Chinese president, according to the state news agency, “stressed that China insists on realizing the denuclearization of the Korean Penninsula,” though peaceful means. It added that China is willing to play a role in “coordination” of the issues and talks between Korea and the U.S.

Wang said today that there is still hope for renewed negotiations. “There can be flexibility in the form of renewed talks,” he said. “As long as there’s dialogue, formal or informal, first-track or second track, bilateral, trilateral, quadrilateral, China is willing to support this.”

It is the U.S. that is taking a hard line position. Trump will not negotiate with North Korea until it first shows it is serious about ending its nuclear weapons program  – and not just playing for time.

China previously hosted similar talks in the 2000’s that were also aimed at ending North Korea’s nuclear arms program. China also voted at that time for some sanctions to punish North Korea for continuing the development of nuclear weapons.

In a recognition that clouds of nuclear radiation do not respect borders, Japan and Russia both issued new statements urging the U.S. and North Korea to find a peaceful way to settle their differences.

The Chinese fired a kind of warning shot two months ago when it suspended coal imports from North Korea, but it has not made much difference. A range of other trading goes on. In fact, China’s trade with North Korea, according to state figures, actually grew almost 38 percent in the first quarter of 2017, compared to a year earlier.

In fact, China’s trade with North Korea, according to state figures, actually grew almost 38 percent in the first quarter of 2017, compared to a year earlier.

On Monday, Air China plans to end flights to Pyongyang, but it is not clear if that is part of the current situation. North Korea announced that Air China said the flights were underused.

While China wants to help, it has also sent signals it will not participate in sanctions that would completely choke the North Korean economy.

It is an odd situation that China now is the peacemaker, and thanks to Trump, the U.S. looks like it is the war monger. Both sides know that North Korea is unstable and unreliable, so it is going to be tough to defuse a situation that seems to be getting worse by the day.

Both sides know that North Korea is unstable and unreliable, so it is going to be tough to defuse a situation that seems to be getting worse by the day.

North Korea may do another nuclear test as soon as this weekend when it celebrates its version of the independence day, and Trump has promised a pre-emptive strike if that happens – even though he has not consulted with Congress for permission to launch a war that could have devastating global consequences.

As Syria knows, a lack of consensus isn’t going to stop Trump’s saber rattling. But as Syria also shows it is one thing to poke the enemy in the eye, and another to find a solution to difficult, complex problems that are at the root of all this evil.