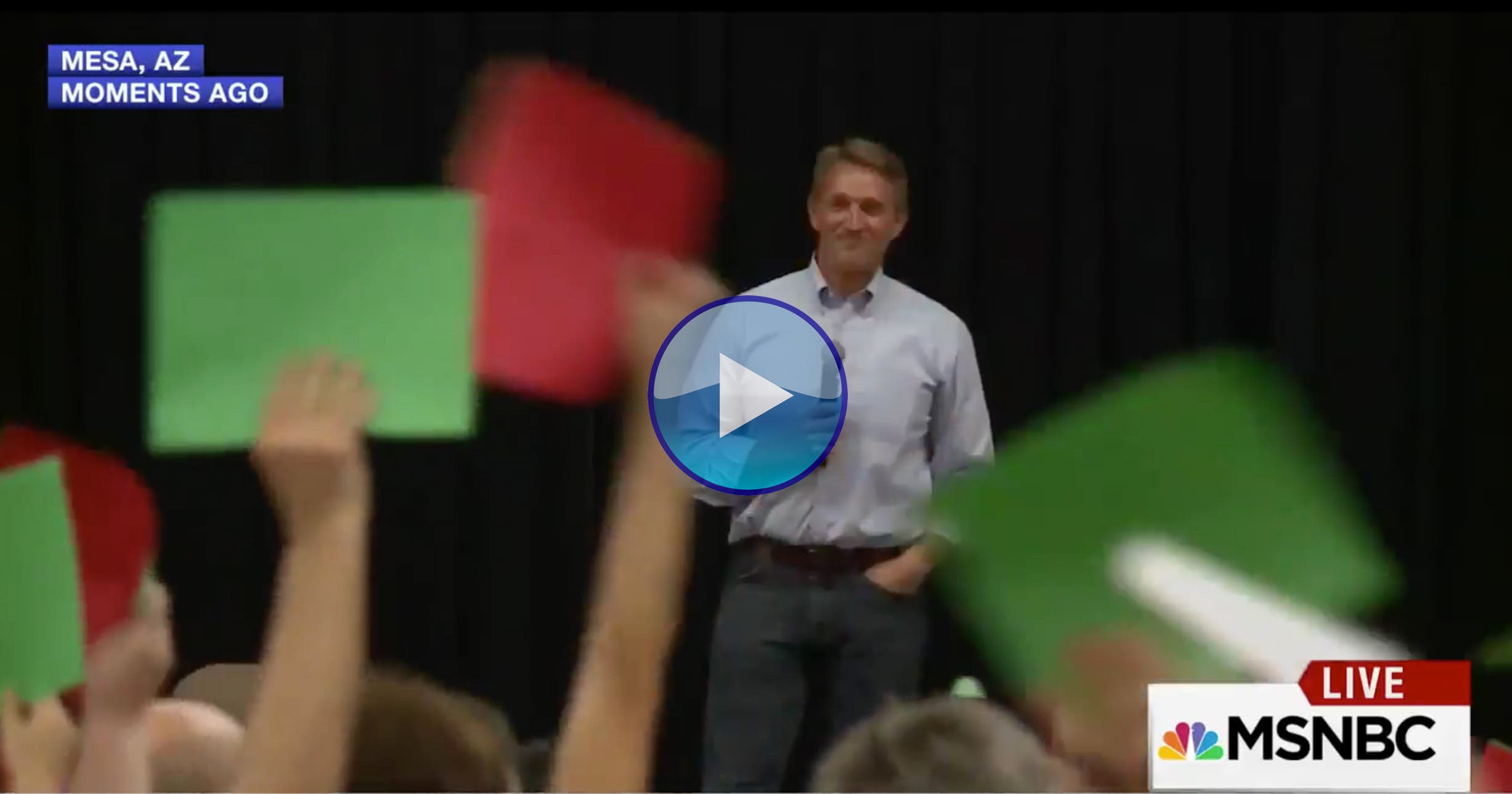 At a town hall meeting last night, Senator Jeff Flake (R-AZ) tried to justify recent actions by Washington Republicans, but they were not buying it (Two videos below.)

First, Arizona’s Junior Senator tried to justify his opposition to universal healthcare to a German woman referencing her country’s 146 year-old single-payer healthcare system. Flake was jeered loudly for his support of Trump’s plan, not only maintaining a private healthcare system but rolling back Obamacare’s recent protections that have provided affordable access to millions of Americans:

"Senator, my question is: when are you going to choose your country over your party?" pic.twitter.com/xGHsPAwF8j

Next, Flake toed the Trump line on the Supreme Court, telling his constituents that the filibuster of Trump Supreme Court nominee Neil Gorsuch was wrong but refusing to even hold hearings on President Obama’s nominee, Merrick Garland, was just fine. The hypocrisy was too much for the crowd to take quietly:

"What happened to Merrick Garland's vote?!"

If Members of Congress insist on defying the will of the American people to enable the Trump regime’s destructive agenda, they will continue to meet the ire of their constituents. At least they will until their next election campaign. At that point, we will have the opportunity to elect people who listen to us.

In the meantime, kudos to the people of Arizona for not letting this Republican Senator forget who holds the real power in our democratic Republic.