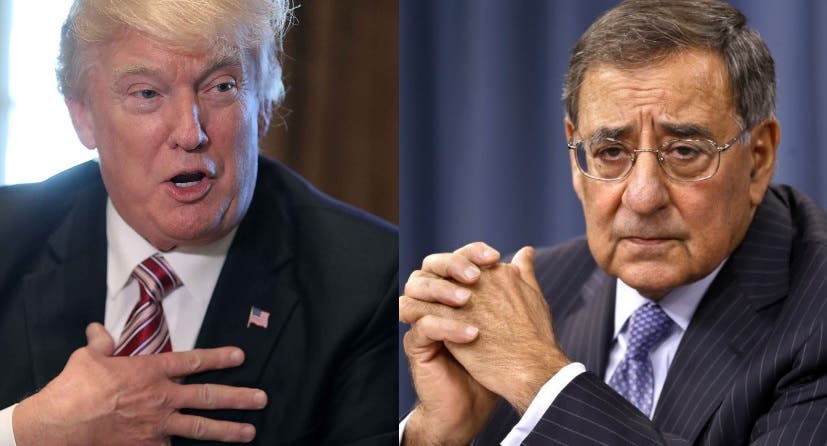 When President Trump authorized the bombing of a military airfield in Syria, it was an act of war – but he didn’t bother to consult with members of Congress, let alone get Congressional approval as required by the U.S. Constitution.

When the military dropped the biggest bomb in history on a tunnel complex controlled by ISIS-Khorasan group in Afghanistan, he wouldn’t take credit or responsibility for it, but still referred to the team that delivered the deadly weapon as “my military.”

Now, a respected former CIA Director, Congressman and Secretary of Defense under President Obama has called Trump on his unpredictable and deadly actions carried out with minimal consultation.

“The military belongs to the country. Our defense system belong to the country. And it’s not the president’s military; it’s the military of the United States of America and he has a responsibility as commander in chief to be able to make decisions in regards to our military.”

There is a real question as to whether Trump understands how a democracy actually works or whether or not he thinks he can play at being an authoritarian who only answers to himself and his family.

Whether what he did was right or wrong can be debated, but there is no question his unilateral action has pushed the U.S.  to the brink of war in the Middle East and may soon raise the possibility of a horrific nuclear war with North Korea.

So,  it is not unreasonable to ask that the President consult with others, and show he has a plan that goes beyond pulling the trigger in a moment of pique, and to display any sign that he possesses a sliver of an understanding of the terrible consequences of using deadly force.

His actions put American servicemen and women in harm’s way, and the one thing we know is that they will respond with bravery and courage and uphold their oaths to their nation. But that doesn’t mean they belong to this one President, no matter how big his ego.

The President holds a powerful position, but our government is set up with a system of checks and balances that include Congress and the Judiciary. Before Trump gets us into a war with a tiny, crazy regime half a world away, all the best minds in our government need to have a voice.

The consequences of throwing around nuclear weapons would be devastating, even if American leaders feel righteous about our position. It is not for Trump alone to make the decision.

Thank you, Mr. Panetta, for reminding us of that.