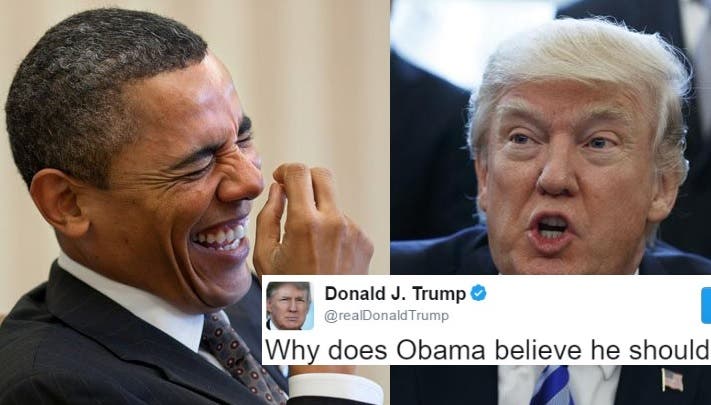 There really is a Trump tweet for every occasion.

When it was announced today that the White House would be ending the tradition of publicly releasing visitor logs due to “security concerns,” the Twittersphere did a little digging and discovered this gem: 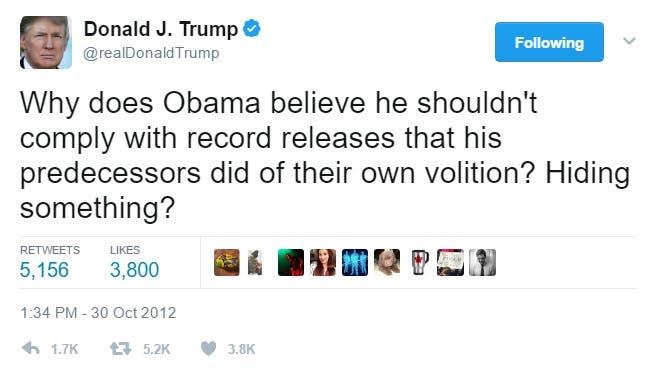 Trump was, of course, referring to President Obama’s long-form birth certificate, which he did release, and which disproved Donald’s racist conspiracy theories that accused President Obama of being ineligible for the Presidency because he was born in Kenya.

But the shoe is now on the other foot, and President Trump is facing his own, very real legitimacy crisis as the investigation into Trump and his team’s treasonous collusion with agents of the Russian Federation – and their bumbling, clumsy attempts to cover up that collusion – closes in on the evidence that will sink him and his ship of fools.

The public release of the White House visitor logs is a tradition started by President Obama. The move is believed to be in response to a lawsuit by watchdog groups demanding Trump release the logs so that we can determine who let House Intelligence Committee Chairman Rep. Devin Nunes (R-CA) into the White House to review the classified documents which gave Nunes the information he needed to incite the smokescreen “Susan Rice” fake scandal and give credence to Trump’s lies about being wiretapped by President Obama.

So answer your own question, Trump. What are you hiding?