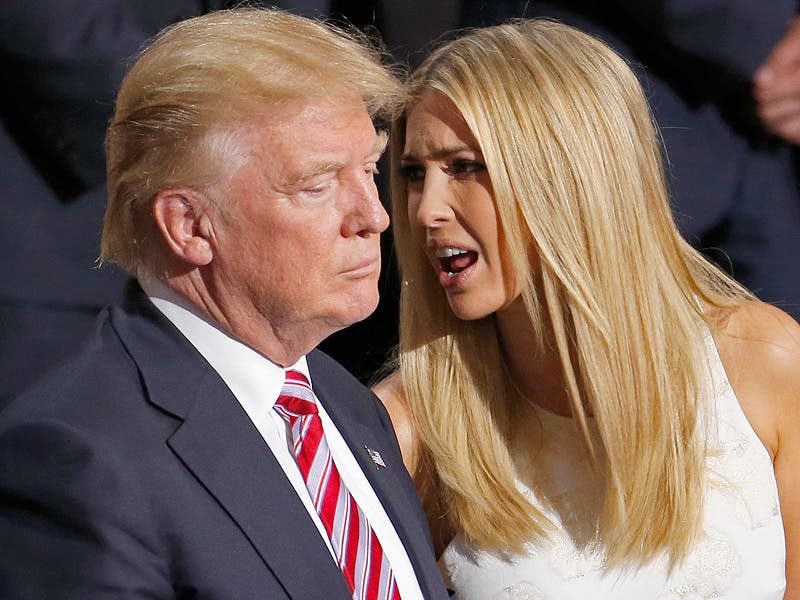 The New York Times just revealed that Ivanka Trump is pushing her father to either diminish or eliminate Steve Bannon’s role in the White House.

Reports of Bannon’s impending downfall emerged as Trump ordered the former Breitbart CEO to sit down with Ivanka’s husband – also Trump’s son-in-law and senior adviser – Jared Kushner, and resolve their differences. Bannon, a white nationalist and separationist, called Kushner, a moderate relative to Bannon, a “cuck” and a “globalist” in their very public spout.

Per The New York Times, Ivanka has been making a strong argument for Bannon’s ouster:

“Ms. Trump has never been close to Mr. Bannon, although she appreciated the ferocity of his work. She puts him in the category of colorful, rough-hewed characters her father collects, with the likes of Roger Stone, a longtime Trump operative.”

“In recent weeks, she has spoken bluntly about Mr. Bannon’s shortcomings to the president. She was especially incensed by articles she believed were planted by Mr. Bannon’s allies suggesting he, not her father, honed the populist economic message that helped sweep the Midwest. She made that point in the strongest terms to her father, who agreed, according to a family friend.”

With Trump’s children now in charge of the family brand, Ivanka worries that Bannon’s ultraconservative positions are doing irreparable damage to the Trump name. Ivanka and Kushner’s “move against Mr. Bannon was motivated less by interest in shaping any particular policy than by addressing what they view as an embarrassing string of failures that may damage the Trump family brand.”

Of course, should Trump decide to heed Ivanka’s advice and cut ties completely with Bannon, he faces threats of “open warfare” from his Chief Strategist, which he is certainly hoping to avoid.

With Ivanka and even her husband, Jared Kushner, becoming more visible in Trump’s White House, Bannon’s role will to continue to shrink further. That being said, had Trump truly hired the “best people,” as he promised on the campaign trail, instead of his own family and an alt-right conspiracy theorist, he wouldn’t be dealing with continued infighting so deep into his Presidency.