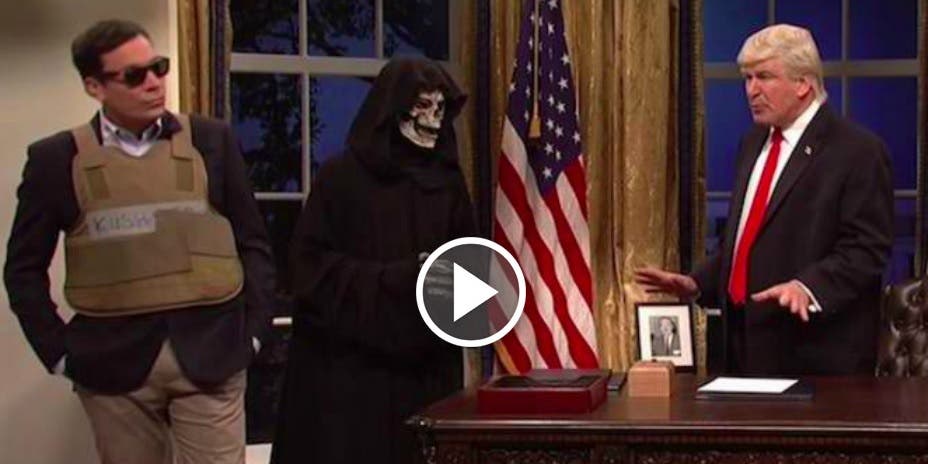 Saturday Night Live brought yet another dose of devastating parody tonight as Alec Baldwin reprised his role as President Donald Trump. This time, he was joined by Jimmy Fallon as his beloved son-in-law Jared Kushner and the Angel of Death as Chief Strategist Stephen Bannon.

The skit hilariously mocks the President and his ship of fools on a wide spate of recent issues, like Trump’s lack of accomplishments, Trump’s recent provocation of North Korea, Jared “Kushball” Kushner’s widely panned trip to Iraq, and Mike Pence’s uncomfortable moniker for his wife.

“President Trump” then touches on the recent infighting between Kushner and Bannon that has been tearing apart in a Celebrity-Apprentice style elimination round that beautifully parodies the way that President Trump conducts his business and chooses his associates.