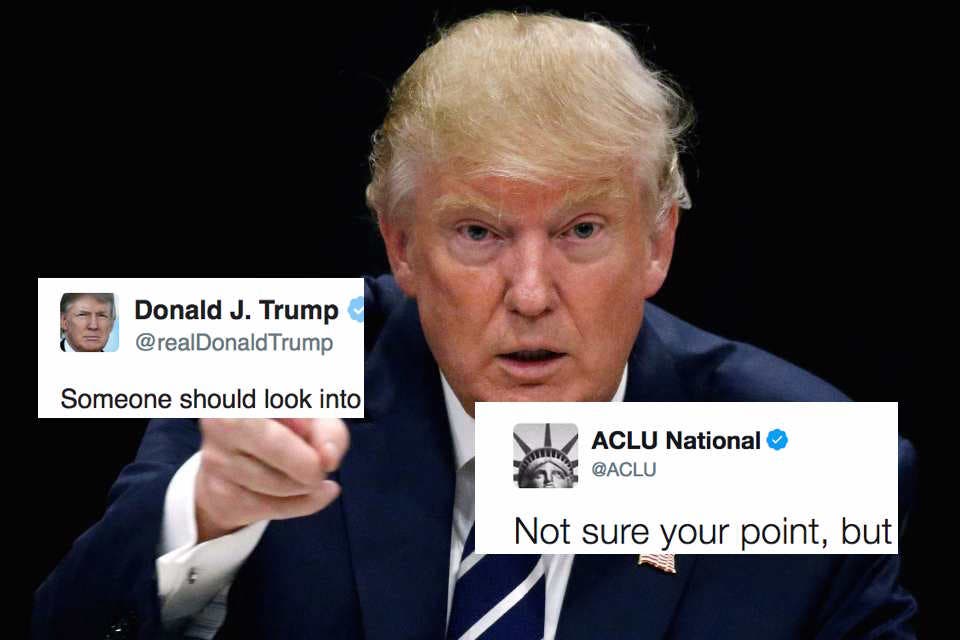 Trump took to Twitter this morning for an Easter rant attacking the thousands of Americans who peacefully protested in yesterday’s Tax Day march.

Someone should look into who paid for the small organized rallies yesterday. The election is over!

The ACLU made sure he knew to tread lightly.

Not sure your point, but just a reminder that there is a constitutional right to protest. https://t.co/u0PR60vd13

The Tax Day protest was obviously not a referendum on Trump’s election, but rather on his decision to willingly withhold his tax returns. Regardless of whether “the election is over” or not, though, Americans have a right to protest.

Of course, Trump is less concerned about the United States Constitution than his ego. And seeing hundreds of thousands of Americans take to the streets against him is not doing that ego any favors.

In an era where the President has such little regard for the laws and principles that protect our nation, we are grateful that organizations like the American Civil Liberties Union are there to remind Trump that this is indeed a free country.