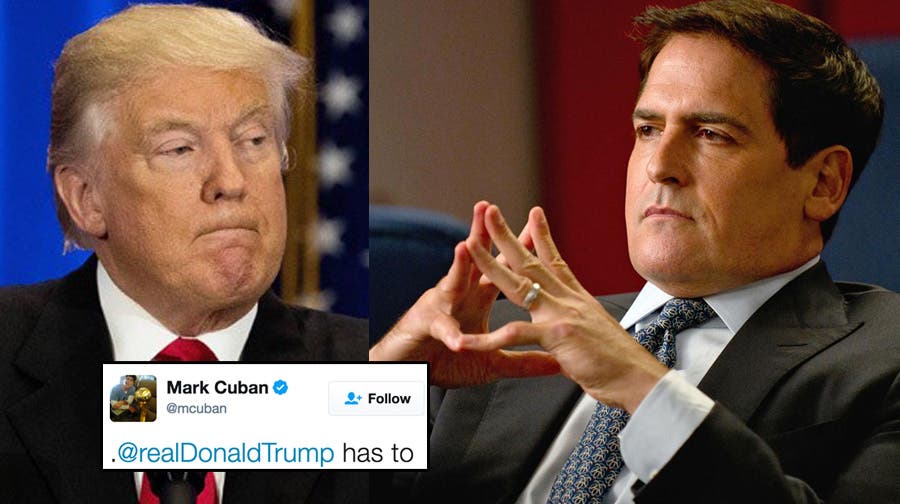 Jon Ossoff Was Just Asked His Opinion Of Trump. His Reply Is Perfect

The billionaire owner of the NBA’s Dallas Mavericks and star of ABC’s “Shark Tank” trolled Trump throughout the campaign.  Whether it was clowning him at Hillary Clinton campaign rallies, challenging his net worth and his membership in the three-comma club, or threatening to show-up at a debate and sit front and center just to heckle him – a move that baited Trump into an embarrassing P.R. disaster – Cuban played the consummate thorn in the Republican candidate’s side.

He even offered Trump $10 million if he sat down for a televised interview with him before the November election.  Cuban issued the challenge in a 4-part Tweet storm on September 16th:

1) $10mm to the charity of YOUR choice if you let ME interview you for 4 hrs on YOUR policies and their substance.

3) and no one else is in the room to help. Just me, you and a broadcast crew.  Deal?

4) I’ll add an option. If you need it, I’ll write you the check and you can keep the money rather than give it to charity

Cuban hasn’t let-up since Trump’s taken office.   Today, he took the opportunity to hit the President where he’s probably the weakest: on the issue of his taxes.

Cuban is of course referring to the fact that the President is the first occupant of the White House since Lyndon Johnson who hasn’t released his tax returns to the public because, he says, they’re under audit.  Despite assurances by the Internal Revenue Service that no such restriction exists, Trump continues to hide behind that fallacy – even though he promised to release his tax returns on multiple occasions.

Even after his inauguration, the White House has remained petulantly defiant on the issue.  The little we know about the President’s tax history is based on leaks to the press, leaks many believe Trump engineered himself.

In 2009, the first year of the Obama presidency, both President Obama and Vice President Joe Biden released their tax returns for the previous year on tax day itself.  Tax day for 2016 is tomorrow, April 18th.

The clock is ticking, Mr. President.