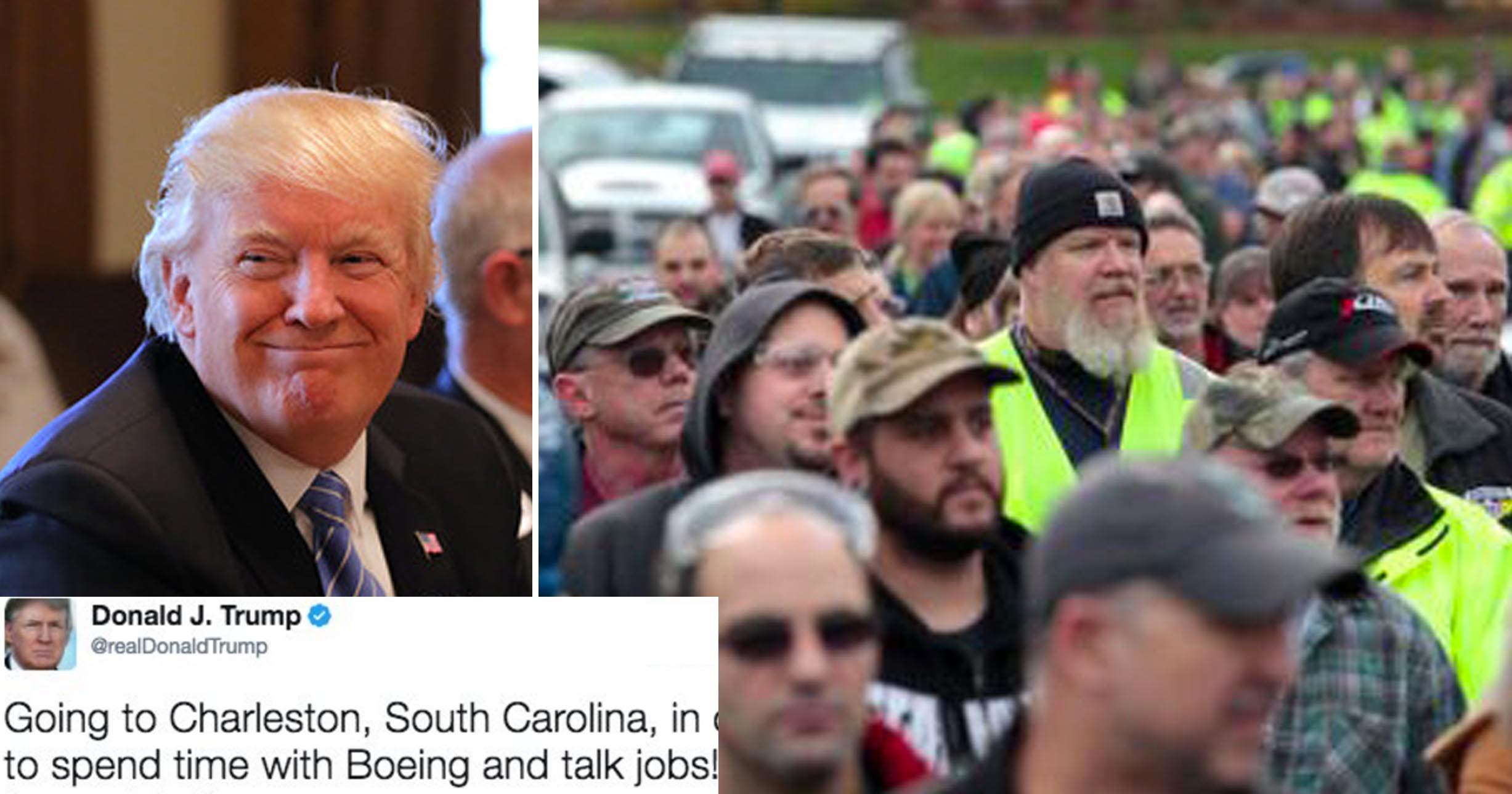 In the early weeks of his presidency, Donald Trump tweeted that he would be visiting Boeing to talk jobs. Today, we have learned the result of those talks: massive U.S. layoffs and the company’s first factory in China.

John Hamilton, vice president of engineering at Boeing Commercial Airplanes, wrote on the company’s website that hundreds of “engineering employees” will be laid off and, “Additional reductions in engineering later this year will be driven by our business environment and the amount of voluntary attrition.”

With the cost saved from the American layoffs Boeing is building a new Chinese facility for construction and maintenance of 737’s in cooperation with Commercial Aircraft Corporation of China Ltd (COMAC). Located about 200 miles southeast of Shanghai in Zhoushan, the facility will be the first in Boeing history to be located outside the U.S.

Trump’s February jobs tweet came after he hammered the aviation company during his transition for the exorbitant cost of a new Air Force One, citing an inaccurate $4 billion figure and tweeting that the government should “Cancel order!”

Boeing is building a brand new 747 Air Force One for future presidents, but costs are out of control, more than $4 billion. Cancel order!

Boeing’s downsizing is not a new phenomenon, with thousands of employees agreeing to buyouts and early retirement over the past 15 months. However, for anyone still under the illusion that Trump “alone can fix this” or that he will bring back our jobs through his artful dealmaking, this should be a wake-up call: Our Con Man-in-Chief has neither the capability nor the intention of making good on his promises.