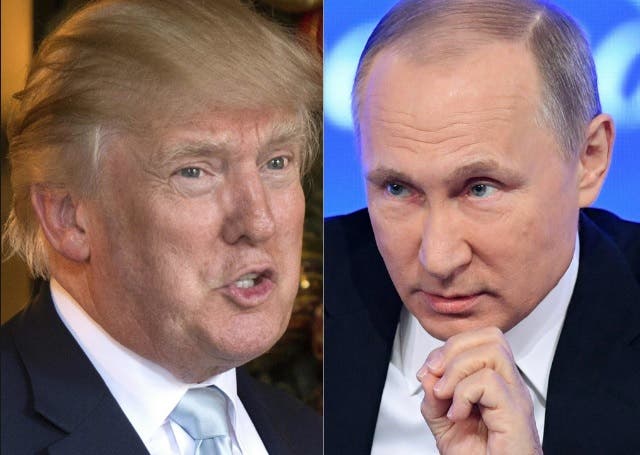 Carter Page is well-known for his close ties to the Kremlin. He worked as the vice-president of Merril Lynch’s energy department in Moscow for several years, meaning he would have forged close relationships with the oil oligarchs that control the Russian government. He visited Moscow while a member of the Trump campaign in 2015, a trip that was greenlit by the Trump camp.

Conspiracy theorist and former British MP Louise Mensch has accused Carter Page of bringing a recording of Donald Trump promising to change the United States’ foreign policy on Russia if the Russian helped him win the election. There is no other evidence to support that theory as of yet, however.

The dossier has also been cited as evidence by FBI Director James Comey in his briefings to Congressional Intelligence committees over the past few weeks.

The Steele Dossier details the ways in which the Donald Trump campaign consorted and colluded with agents of the Russian government in order to swing the 2016 November election in his favor.

The dossier alleges that Page met senior Russian officials as an emissary of the Trump campaign, and discussed quid-pro-quo deals relating to sanctions, business opportunities and Russia’s interference in the election.

The dossier also describes how the Russian government gathered kompromat – compromising information – on Donald Trump during a 2012 trip to Russia. The Russian Federal Security Bureau (FSB) allegedly has audio and visual evidence of Trump engaging in “perverted sex acts” with Russian prostitutes on multiple occasions.

These revelations are an important development that could kick-start the languishing investigations since they are court-approved proof that Trump and his campaign did collude with a hostile foreign power in order to subvert the democratic processes of the United States electoral system.

Since the FISA warrant was granted last summer, it’s clear that the FBI has had this evidence for nearly a year now and has decided to sit on it until now. Why?

Why did Director Comey feel the need to send a letter to Congress about the discovery of duplicate Hillary Clinton emails on Huma Abedin’s laptop but failed to alert the public that a member of the Trump campaign was being monitored for operating as a foreign agent?

There is too much evidence and too many unanswered questions for us to put the fate of this investigation into the hands of Congressional Republicans. We need an independent prosecutor and an independent commission to get to the bottom of this – and if Trump is found guilty of treason, we’re going to be needing a new President and a new administration.