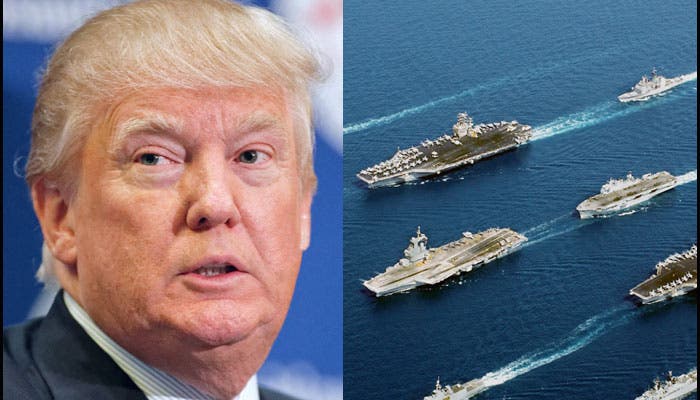 A Republican Congressman Just Insulted His Town Hall. Their Comeback Is Legendary

Last week, the world braced for nuclear war with reports that the United States, under Trump’s command, sent a naval strike fleet to the Korean Peninsula. However, the fleet was never sailing to North Korea; it was heading in the opposite direction, en route to Australia to take part in joint exercises 3,500 miles away.

Not only was the White House responsible for the botched messaging, but its gaffe nearly lead to full-scale war with North Korea. Per The New York Times:

“By the time the White House was asked about the Carl Vinson [the naval warship] on April 11, its imminent arrival had been emblazoned on front pages across East Asia, fanning fears that Mr. Trump was considering a preemptive military strike on North Korea.”

The White House’s utter inability to deliver credible information has already landed the entire Trump campaign in the middle of an FBI investigation for possibly colluding with Russia to influence the 2016 Presidential election. However, when erroneous messaging nearly drags the United States into nuclear war, someone needs to be held accountable.

When confronted with the gaffe, the White House, per usual, punted all difficult questions to the Pentagon. But not everyone found this acceptable.

“Privately, however, other officials expressed bewilderment that the Pentagon did not correct its timeline, particularly given the tensions surging in the region and the fact that Mr. Spicer, as well as the national security adviser, Lt. Gen. H.R. McMaster, were publicly answering questions about it.”

The Trump administration is the most secretive in modern history and Trump himself has the credibility of a used car salesman. PolitiFact recently reviewed Trump’s own statements and concluded that 70% of what he says is “mostly false, false, or pants on fire.” The Trump administration has now proven that they would rather risk nuclear war than relay valid, credible information. If Trump hadn’t already decimated the public’s trust in the federal government, he will now.