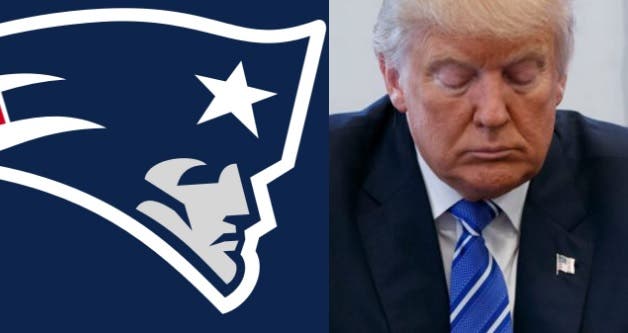 President Trump got another chance to smile for the camera and pal around with his heroes on his favorite football team, the New England Patriots – but it turns out they weren’t so excited to hang out with him.

More than half of the team’s 53-man roster refused to attend the White House meeting, as per Patriots beat reporter Doug Kyed.

Donald Trump’s personal hero, superstar quarterback Tom Brady, cited “personal reasons” for not meeting the President; his mother is reportedly sick but his wife has also publicly warned him to not to get involved in politics.

Other players, however, were much more vocal about their decision to boycott the Oval Office and the photo-op with Trump.

Defensive tackle Alan Branch said that he was “horrified” by Trump’s boasting about the casual sexual assault on the infamous Access Hollywood tape. “I have three daughters. I wouldn’t spend time away from my family to shake the hand of a guy I wouldn’t want to meet with or talk to. I can’t see myself going and then hanging out with my kids and pretending everything was all right” said Branch to the Boston Globe.

Patriots coach Bill Belichick and the members of the Patriots organization, in general, are notoriously reluctant to speak with the media, so most of the players have elected to keep their personal reasons for staying home to themselves.

But such a significant number of missing players stands in stark contrast to the year before when Peyton Manning and the Denver Broncos visited President Obama in the White House after defeating the Carolina Panthers in Super Bowl 50.

Only four players didn’t attend the ceremony in Obama’s White House – and nobody was protesting any racist policies. Quarterback Brock Osweiler and guard Evan Mathis were attending offseason workouts with new teams, guard Louis Vasquez was with his wife as she delivered a child, and cornerback Aqib Talib was in the hospital after he accidentally shot himself in the leg that weekend.

While Trump may have enjoyed receiving his championship jersey from his campaign donor and Patriots owner Robert Kraft, even the sweetness of this victory turned to ash in his mouth.

“What a great play by Danny Amendola that night, where’s Danny? Danny?” asked Trump excitedly at one point, eager to be in the spotlight with the man who made one of the pivotal fourth-down plays during the Patriots’ admittedly epic comeback.

But Danny was not there.

Just look at the difference in expression in these pictures: 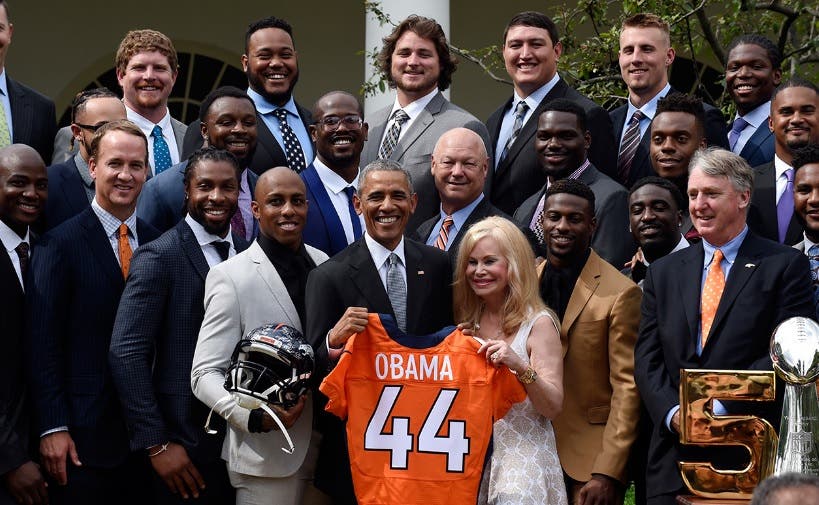 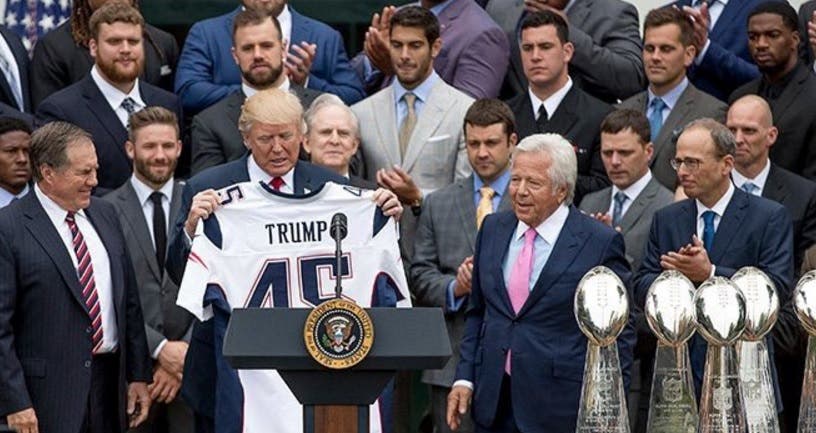