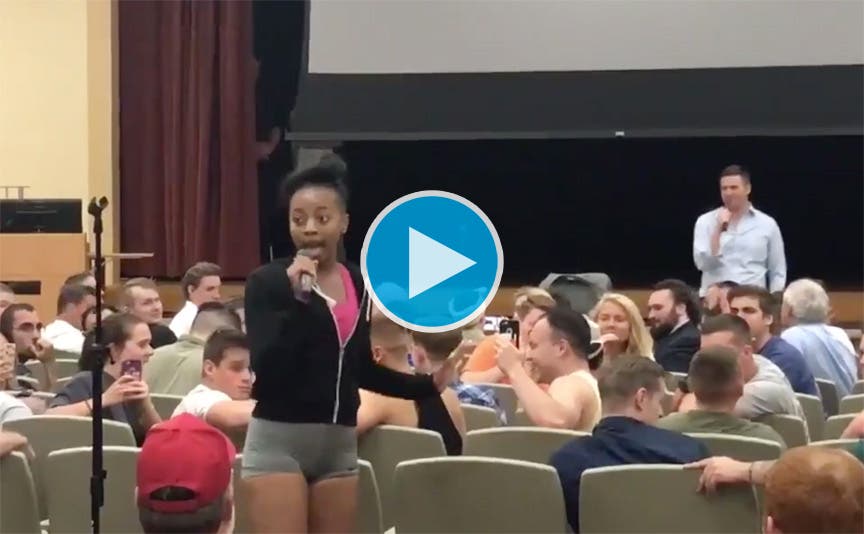 There’s been much debate the last couple of years over whether or not to allow controversial alt-right speakers on college campuses to spew their racist, xenophobic, thinly-veiled hate speech.

Students at Auburn University in Alabama threatened to stage similar protests yesterday when controversial white supremacist Richard Spencer announced he was going to be speaking at the school.  He was not invited by any student group, ironically.  Instead he paid for the classroom space himself and opened it up to the public.

Auburn initially canceled the Tuesday appearance due to safety concerns but a federal judge over ruled the school.  Spencer decided to show up anyway.  Today, he’s wishing he hadn’t.

One African-American woman stole the show by asking him the question no one else had the guts to ask… and it brought the house down.

First, she set him up with softball, asking, “How are white people more racially oppressed than black people? Because I’m a black woman at a predominantly white institution and I want to know what challenges y’all face that I don’t?”

Before Spencer could answer, she brought the heat:

“And then another question: How did it feel when you got punched in the face at the inauguration?”

You can see the Q&A session below.