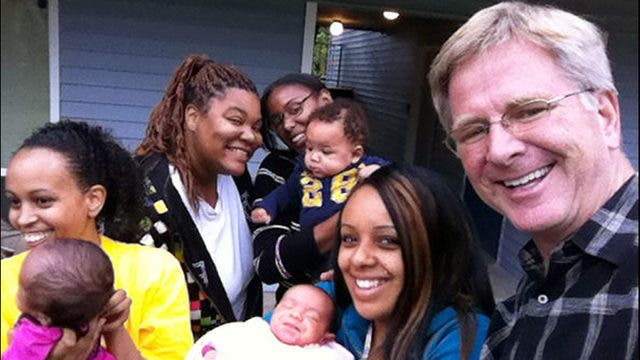 On the heels of an embarrassing report that sixth graders were begging the Department of Housing and Urban Development Secretary Ben Carson to help with their dire public housing crisis, an unlikely hero has stepped in where the government would not: travel guide Rick Steves.

Steves, the host of the most popular travel series on PBS, made his fortune selling travel guides based on his own experiences backpacking through Europe. He did so, however, on a budget; he dubbed his travels “Europe Through the Gutter.”

After years spent gaining an “appreciation of the value of a safe and comfortable place to sleep,” Steves decided to invest his fortune not into a bank, but into people. He purchased inexpensive apartments that he then used to house his poor neighbors.

On Steves’ travel blog, he explained, “I would retain my capital, my equity would grow as the apartment complex appreciated. Rather than collecting rent, my “income” would be the joy of housing otherwise desperate people. I found this a creative, compassionate and more enlightened way to “invest” while retaining my long-term security.”

Steves’ latest move was to donate his entire 24-unit apartment complex to the YWCA to house homeless women and children. At a time when Turmp proposed a 14% cut to HUD’s budget – a move that is certain to reverberate throughout the many struggling communities that depend on federal assistance – America is grateful for heroes like Rick Steves.

If only the President of the United States had a fraction of the compassion of this man, those Americans who are most in need could rest a little easier. But until that day, we salute Rick Steves for the invaluable, selfless, and generous work that he is doing.