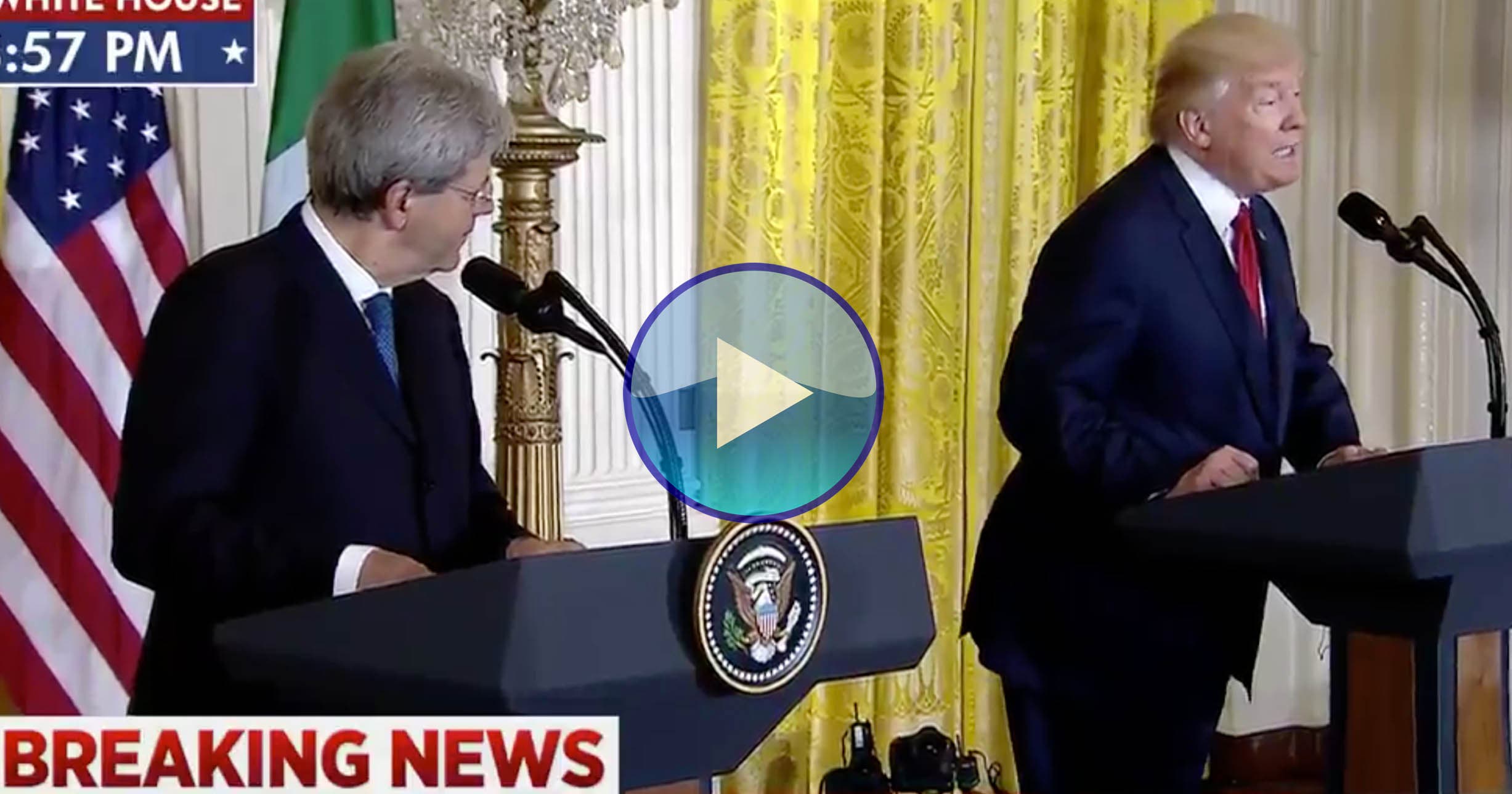 President Trump started his White House press conference by reading from a prepared speech. He should have stayed on script. (Video below.)

“Through the ages, your country has been a beacon of artistic and scientific achievement,” Trump read aloud.

“From Venice to Florence, from Verdi to Pavarotti,” he continued before looking away from his script, and adding “friend of mine. Great friend of mine.”

Many in attendance, along with Prime Minister Paolo Gentiloni, certainly knew that Italian opera legend Luciano Pavarotti is not Trump’s friend, as he has been dead for ten years.

Pavarotti, a national treasure for Italians, was considered one of the greatest voices of all times, was a legendary tenor who mastered both opera and popular music. For the President of the United States to claim him as a current friend is the equivalent of Italy’s Prime Minister announcing that he had just had a lovely time with Abraham Lincoln or Muhammad Ali.

Enjoy the latest example of Trump showing the world he doesn’t know what he’s talking about. At least no one got hurt this time.

Trump gives a shout out to Pavarotti, calls him "a good friend of mine".