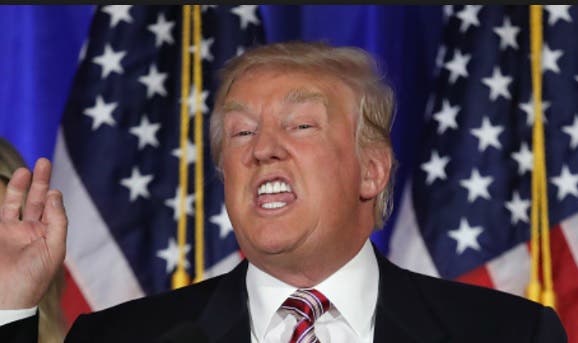 A group of at least 35 psychiatry experts just held a conference at Yale University, and they have just confirmed what we’ve all long suspected: President Trump has a “dangerous mental illness” and is not fit to be President of the United States, as his mental state poses a “danger” to the American people.

Gartner went on to explain:

“Worse than just being a liar or a narcissist, in addition he is paranoid, delusional and grandiose thinking and he proved that to the country the first day he was President. If Donald Trump really believes he had the largest crowd size in history, that’s delusional,”

James Gilligan, a psychiatrist at New York University, has extensive experience working with mentally unstable criminals and knows what he’s talking about:

“I’ve worked with some of the most dangerous people our society produces, directing mental health programmes in prisons. I’ve worked with murderers and rapists. I can recognise dangerousness from a mile away. You don’t have to be an expert on dangerousness or spend fifty years studying it like I have in order to know how dangerous this man is.”

The conference and the remarks of the doctors has inevitably attracted a great deal of controversy. Many were rightfully concerned at the possible violation of the Goldwater Rule, a critical medical ethics rule that bars doctors from diagnosing patients they have not personally examined. But the conference organizers insist they

But the conference organizers insist they abided by all proper rules and countered that the Goldwater Rule cannot be used to silence scientific discussion, as their conservative critics would have it do.

Trump’s increasingly erratic behavior and seeming inability to distinguish between delusion and reality is a very disturbing sign. Trump has already brought us closer to nuclear war in the past week than we have been for decades, and we cannot continue to risk millions of lives in the hands of an unhinged paranoiac.

In addition to being morally and professionally unqualified to hold the role of President, he may be mentally unfit as well – and if he is, we need to invoke the 25th Amendment before he can do any more damage to this great nation.