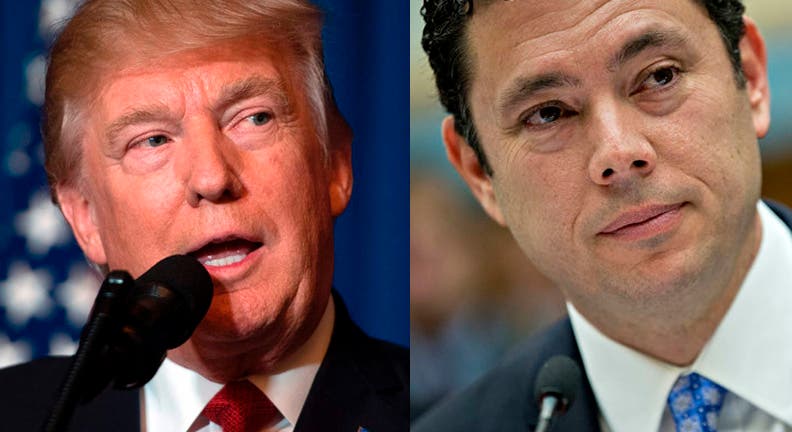 The CEO Of United Airlines Just Got What He Deserves

In a stunning development, the Republican-controlled House Committee on Oversight and Government Reform did its job today.

Breaking news, right?  In any other world, that wouldn’t warrant reporting, but committee Chairman Rep. Jason Chaffetz (R-UT) has been remarkably coy about investigating President Trump, despite the appearance of impropriety on a host of fronts.  At a town hall in February, his angry constituents called him out for failing to, you know, do his job.

In fact, the only investigation Chaffetz has called for this year was into the leaks that exposed disgraced former National Security Advisor Michael Flynn’s potentially treasonous communications with foreign government agents – not into Michael Flynn’s treason itself.

The straw that has finally broken Chaffetz’s back, apparently, is the failure of the President’s legal team to adequately outline how, exactly, they plan to fulfill his pledge to donate all profits from foreign governments and their representatives, generated by hotels and other properties, to the U.S. Treasury.

Trump has touted this move as a grand gesture of sorts he claims goes above and beyond what the law requires of him.  He’s fond of reminding everyone that conflict of interest laws that prohibit nearly every other federal employee, including congressmen, from even unintentional personal gain as a result of their office, don’t apply to the commander in chief.  “The law’s totally on my side, meaning, the president can’t have a conflict of interest,”  he told the Washington Post shortly after his election victory.

While he’s mostly correct, there is one lone exception as outlined in the constitution: the ’emoluments clause.’  This archaic sounding but legally binding law prohibits the President from receiving anything that can be interpreted as gift meant to curry favor from a foreign government, even and perhaps especially if that gift has the appearance of a business transaction through an entity the President owns or controls.

Back in January, at one of his notorious dog-and-pony show press conferences, then President-Elect Trump announced how he planned to reconcile the numerous conflicts of interest his business interests presented generally, and the emoluments clause specifically.  With stacks of manilla folders as props – folders that many reporters said were filled with reams of blank paper – his tax attorney, Sheri Dillon, said:

The only problem: The Treasury has yet to see a penny, even as those profits continue to accumulate.  Trump’s team hasn’t even explained how exactly they will calculate those profits, and how or when they will make their donation.

Chaffetz, who just announced he wouldn’t seek reelection in 2018 and so presumably has some time on his hands, can’t protect the President any longer.  In a letter sent to Sheri Dillion, Trump’s tax lawyer, today, he noted: