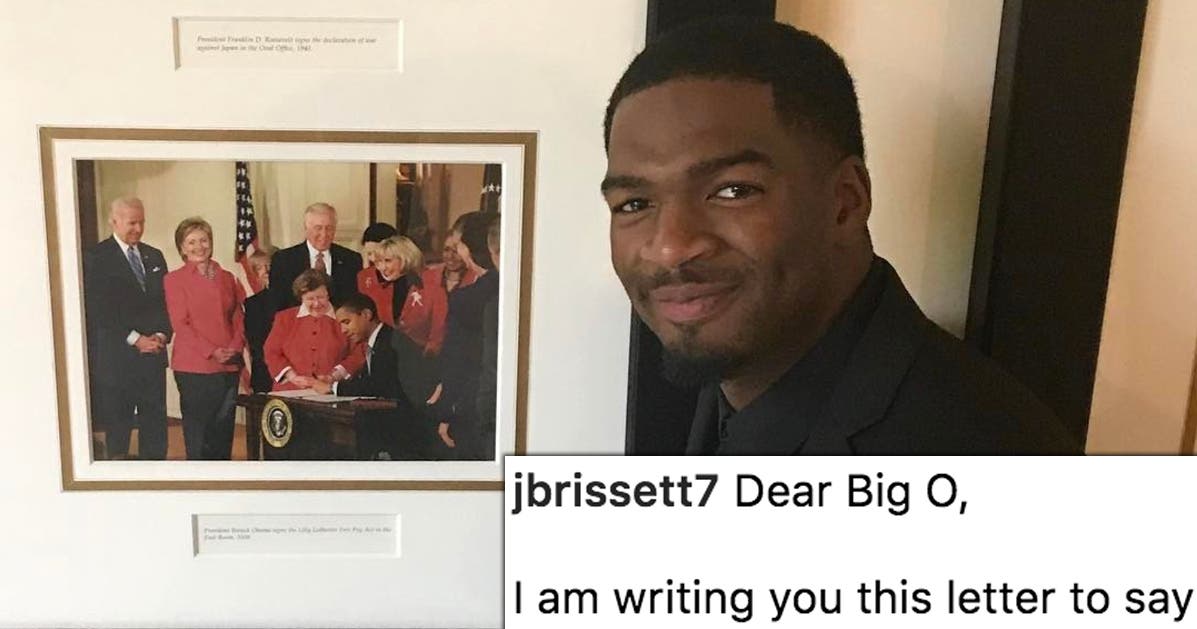 Chaffetz Finally Turned On Trump And Launched A Corruption Probe

It has been a few months since we have seen anything truly heartfelt and inspirational come out of the White House, so this note (below) from Patriots’ back-up quarterback Jacoby Brissett has an especially strong impact.

Brissett was 16 when President Obama took office, and the election of America’s first African America Commander-in-Chief had a profound effect on him. Now an NFL rookie, the Super Bowl Champion took his White House visit as an opportunity to express his profound appreciation for the “Big O.”

The note, posted as the Instagram caption to a image of Brissett by a picture of Obama signing the Lilly Ledbetter Fair Pay Act his second week in office, describes the personal impact that the 44th President had on him and those close to him. “Now, kids from my community – and my future children – will know that there is no dream too big – even they could be the President of the United States,” Brissett wrote.

In the message, Brissett claims not to know much about politics, but with the sincerity and thoughtfulness displayed below, we’d be lucky if he considered a run for office in his post-NFL career.

While it will be hard to get through the letter without tearing up, don’t be surprised to find yourself laughing at the end. Brissett couldn’t help giving Obama a little grief over his basketball game…