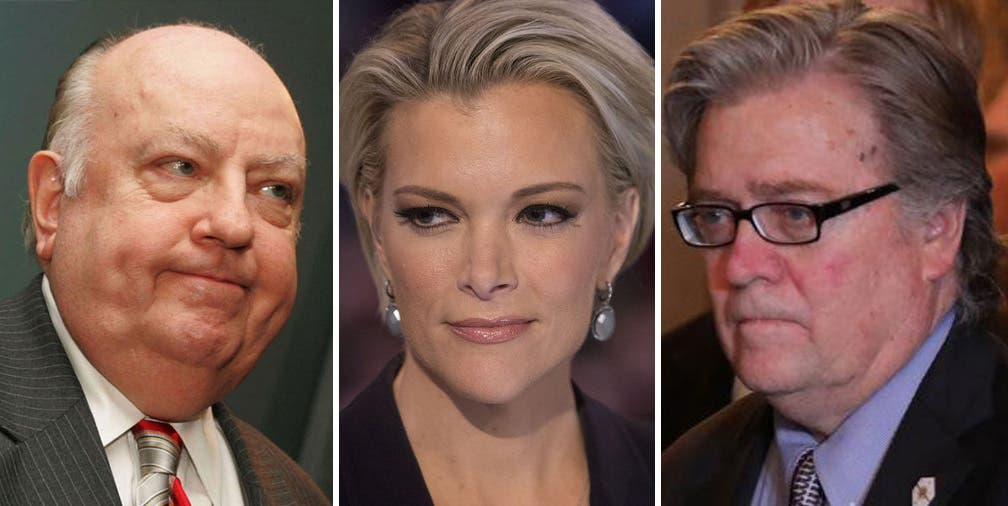 Much was made of the rift in the Democratic party between supporters of Bernie Sanders and Hillary Clinton during the 2016 Presidential campaign.  Behind the scenes, however, the Republican Party waged a civil war of its own – not between supporters of different candidates or over core values, but between elements of the conservative media bubble over who would control the party’s candidate.

That’s the conclusion Politico reached in a damning exposé published Friday that reveals the nasty infighting that Trump’s unexpected and unconventional candidacy unleashed inside the GOP.

The heavy weight title fight of this civil war featured Breitbart Editor in Chief Steve Bannon versus Roger Ailes, the then all-powerful head of FOX News. Bannon represented the xenophobic, racist, ultra-populist base of the GOP,  while Ailes and FOX News embodied the Republican establishment.

Ailes tried working with Bannon and Breitbart in the past – if for no other reason that to control them – but once the campaign kicked into high gear, Bannon smelled blood.  He knew with Trump he had a once in a lifetime opportunity to flip the Republican Party on its head.

It all came to a head in late 2015, and Megyn Kelly got caught in the crossfire.

“The big rift between Breitbart and Fox was all over Megyn Kelly. She was all over Trump nonstop,” Bannon said in an interview. He says he warned Ailes that Kelly would betray him. “I told him then, I said, ‘She’s the devil, and she will turn on you.’  By the summer of 2016, Ailes’ life lay in ruins: A blockbuster sexual-harassment lawsuit from former Fox host Gretchen Carlson forced his resignation from the network he had founded 20 years earlier.”

With Ailes disgraced, Bannon was the last man standing.  Trump selected him CEO of his campaign in August of 2016, and the rest is history.

You can read the entire fascinating Politico story here.