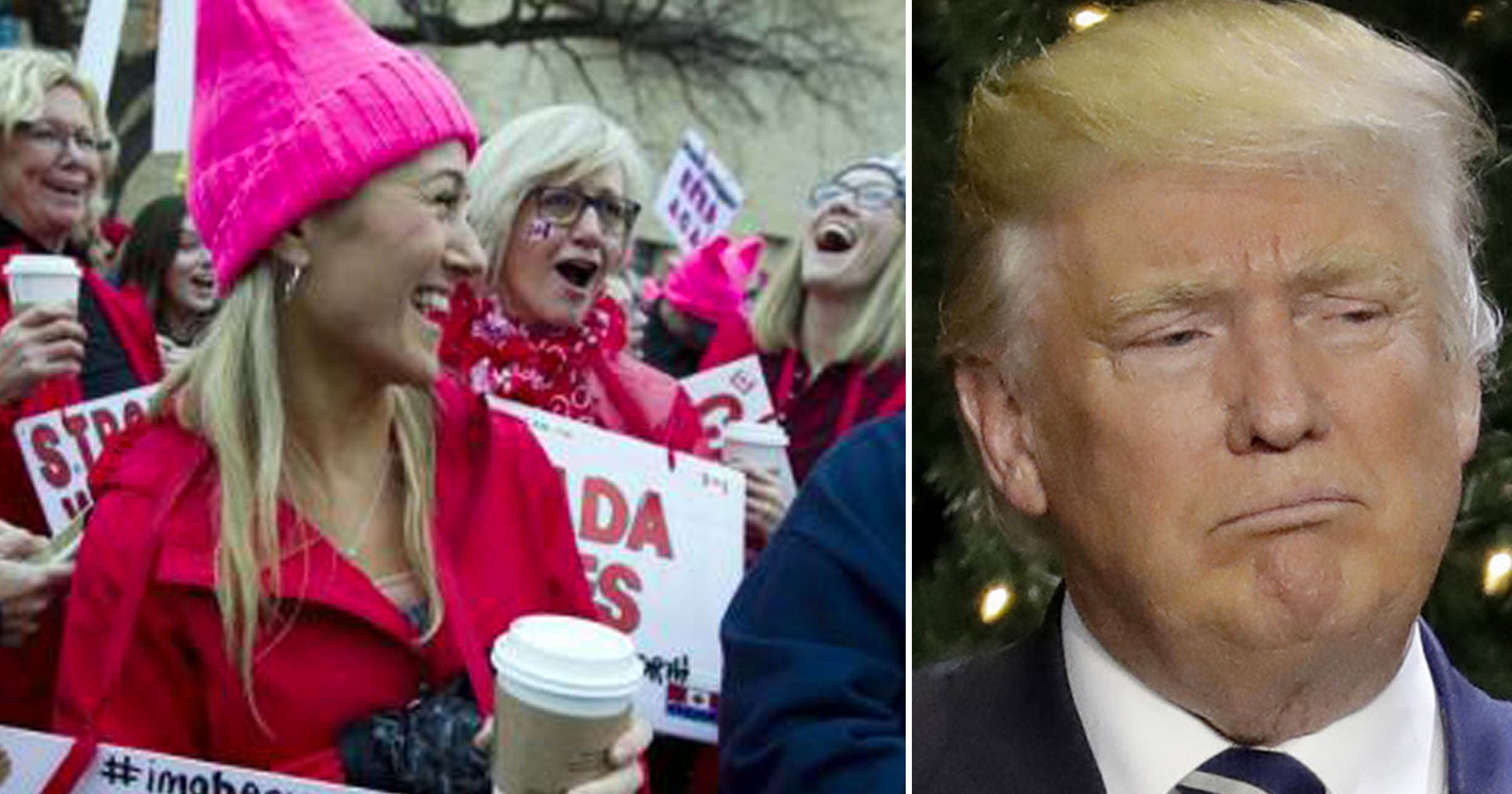 Since the day after his inauguration, when millions of Americans took to the streets in protest, President Trump has claimed that protestors were being paid.  The evidence-free attack is a common deflective tactic from authoritarian leaders, and it was laughed off by most progressive activists.

It turns out, however, protesters are in fact being paid in Arizona — by the state’s Republican Party.

Prior to a town hall hosted by Congresswoman Kyrsten Sinema (D-AZ), the Arizona Republican Party sent out a plea to attend that included a cash reimbursement for joining the $25 coffee club where the town hall was held. The Arizona Republic reports that the party sent an email promising, “If someone does have to pay, the Party is willing to reimburse the expense.”

This may seem like small potatoes to some, but if you took part in the Women’s March, airport protests of the unconstitutional Muslim ban, last week’s Tax Day March, or any of the thousands of high energy demonstrations protesting the Trump regime’s reckless policies, you have incurred expenses. For some it’s simply surge prices or downtown prices. For others, it’s child care or time off work.

Despite those costs, no one in the resistance movement has asked for or been offered reimbursement. Meanwhile, Trump’s campaign owes supporters $4 million in promised legal fees to defend the violence that then-candidate Trump incited.

So, Trump is right about one thing. Protestors are being paid — or, at least, they have been promised payment — and he should know. After all, they are his supporters.

For those who oppose this president, however, not only are we not being paid to protest, we couldn’t be paid not to.