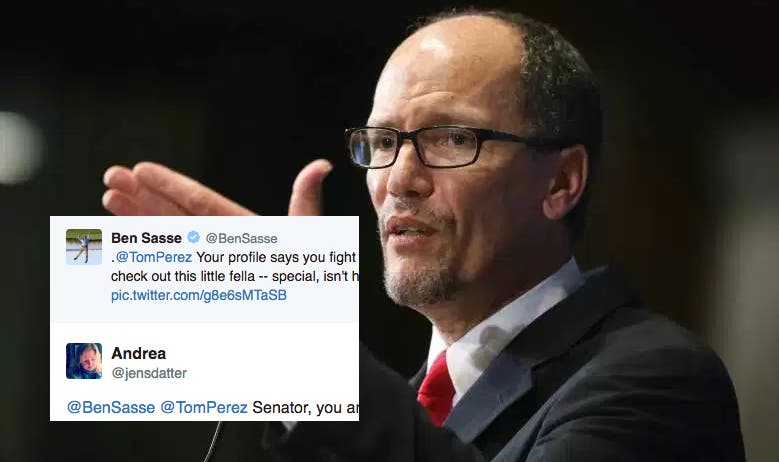 Trump Just Used 9/11 To Brag About His Ratings

Trying to shame the vehemently pro-choice Perez, Sasse sent this picture of a fetus with a taunting message:

.@TomPerez Your profile says you fight for the little guy. Please check out this little fella — special, isn't he? (He's 12 weeks old.) pic.twitter.com/g8e6sMTaSB

Or god forbid she needs Medicaid and other assistance.

So we can count on your vote of S-Chip, school lunches, college funding, clean air+water… or does this give a shit cease at birth?

Senator, you and your party sit by quietly while chemical companies are allowed to sell poison that harms babies' brains. Prolife? Ha.

Really? This is how you're spending the Sunday before you resume finding ways to take away healthcare from millions of Americans? Hypocrite.

And then once he's born hell be deported by Trump or have his health insurance taken away. Instead of pro-life, the term should be pro-birth

…says someone who votes for people to bankrupt those very children.

It seems like “the little guy” is a great mascot for Republican hypocrisy, particularly when any regard to his well-being ends the moment he is born. Then he’ll be stuck fighting for health care, social services, decent education, a livable environment, and a fair and equitable economy, just like the rest of us.