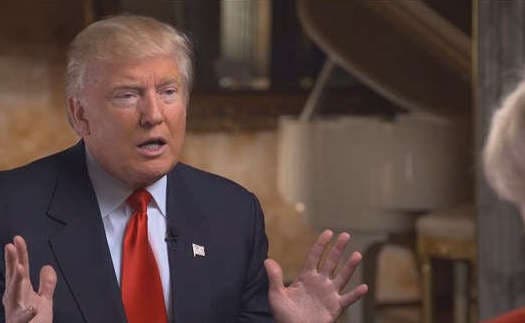 During his campaign, Trump touted his “Contract with the American Voter,” an aggressive action plan that he presented to Americans outlining what he would accomplish during his first 100 days in office.

Of the dozens of items on his agenda, he has accomplished barely any.

As the 100-day mark approaches, Trump is already qualifying the benchmark as “not very meaningful.”

Although he retained his signature bravado and a salesman’s confidence in his upward trajectory, he displayed an awareness that many of his own lofty expectations for his first 100 days in office have not been met… Trump waffled on whether he should be held accountable for the 100-day plan he outlined with great fanfare in his campaign’s closing days, suggesting his “Contract with the American Voter” wasn’t really his idea to begin with.

It is not unlike Trump to deflect impending criticism while seeking undeserved praise. While the majority of items on his already-disowned “Contract with the American Voter” remain unaccomplished, Trump has cited “tremendous success” for his strategy to defeat ISIS and for saving money on the price of F-35 fighter jets. It should be noted that the “strategy” to defeat ISIS is still undefined beyond having dropped a massive bomb on a tunnel system in Afghanistan and the price of the F-35 was already being reduced when Trump took office.

In other words, not quite the catalog of success that Trump expected after the 100-day mark.

Trump did, however, promise a tax overhaul plan with a tax cut bigger than “any tax cut ever.” If there is one thing Trump hasn’t learned after these first 100 days, it’s how not to over-promise on what he will fail to deliver.