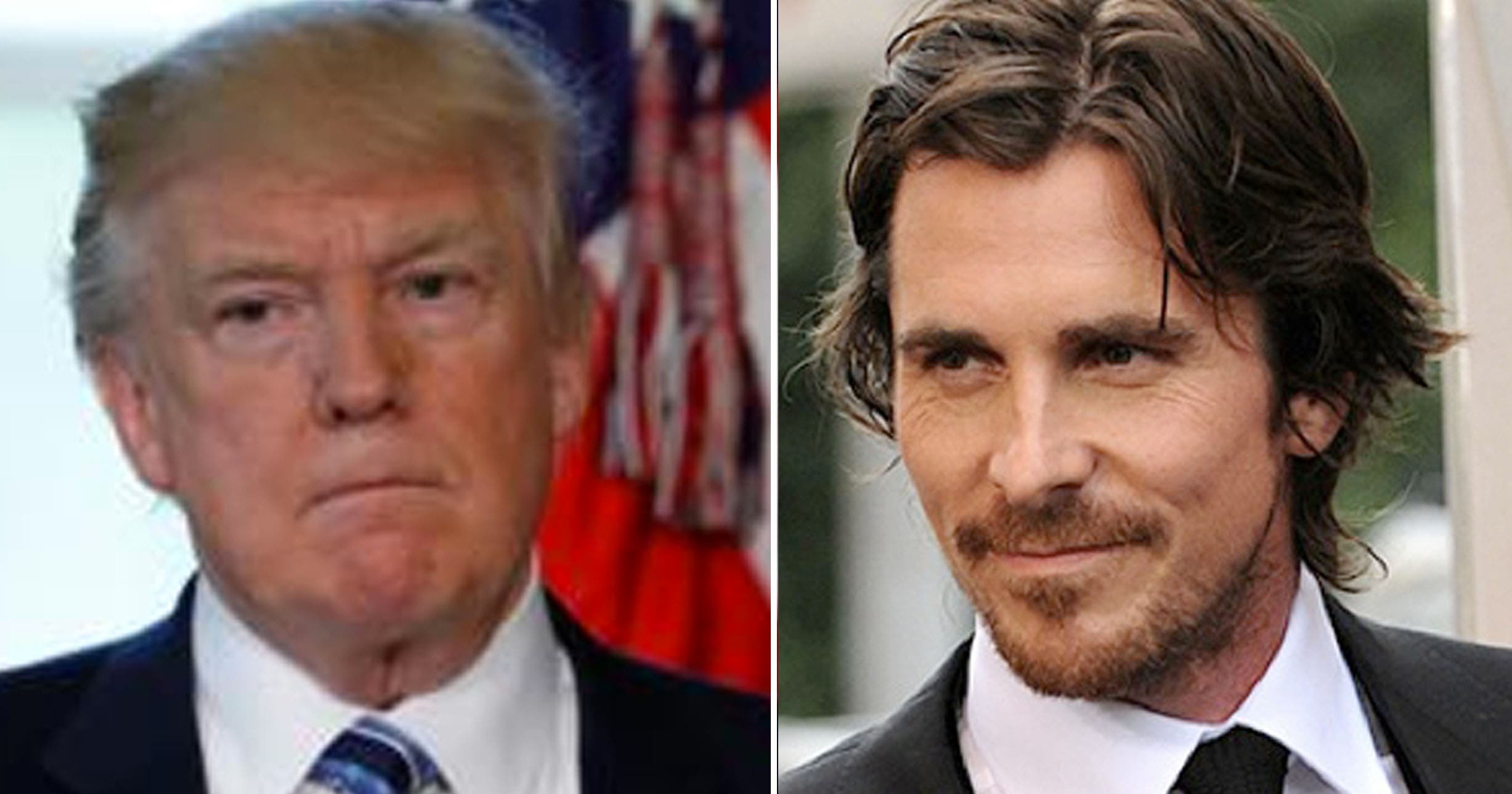 Christian Bale gave an interview to Daily Beast to promote his new movie, The Promise, and it didn’t take long for the conversation to turn political. Not only is the Batman and The Big Short star no fan of President Trump, he has a great way of summing up his frustrations.

In the film, Bale plays an AP reporter in Turkey during the Armenian genocide, so reporter Marlow Stern asked him about the modern parallels.

“Well, [Trump’s election] was happening as we were filming,” Bale said. “We shot this toward the end of 2015, so that was happening and then becoming more and more relevant.”

“There’s also what’s happening in Russia right now where anyone who speaks out against Putin is killed or disappeared,” Stern replied. “In all these tyrannical dictatorships, the first thing that seems to go is freedom of the press.”

“Which is worrying, isn’t it, for us [in America] right now?” Bale replied of Trump. “It’s like we’re watching somebody reading a Dictatorship for Dummies book.”

Bale hits it exactly. Trump and his cronies are trying to run the country like a authoritarian dictatorship, but even with power concentrated into their party’s hands, they have yet to demonstrate the competence necessary to yield it.

It seem they have yet to finishing reading the book. Let’s hope they never do.