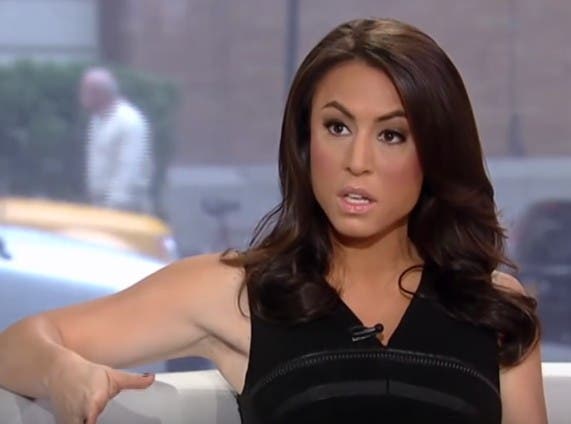 Suspended FOX News host Andrea Tantaros has filed a lawsuit against the network for ordering eavesdropping on her digital accounts. Tantaros had been suspended after alleging sexual harassment by former FOX News Chairman Roger Ailes and former host Bill O’Reilly.

Tantaros’ lawsuit is based on the fact that FOX News paid media consultants to monitor her electronic communications. The information that they mined was then “fed to Twitter accounts acting on the network’s behalf.”

“Ensuing tweets, she says, reflected knowledge of details of intimate conversations and exchanges with family members and friends. Tantaros alleges this was done to try to undermine her resolves in challenging the network on sexual harassment.”

“Sock puppet” accounts then appeared wielding her private information against her. The rise of these accounts coincided with the moment that Tantaros refused a $1 million payout from Fox News executives to appease her sexual harassment claims.

Then in May 2016, according to the complaint, several Twitter accounts started to post material suggesting direct knowledge of her conversations.

For example, a picture of a movie about a black scorpion was posted just after she learned that a friend had been bitten by one. Another tweet invoked the idea of a memorial for Tantaros’ dead brother, just after she and her mother had spoken of it; the third anniversary of his death was still a few months away.

And at the same time that Tantaros was talking to the children of her other brother while they were at Disneyland, according to the lawsuit, a tweet on one of the accounts posted a photograph of Mickey Mouse hugging two children.

Tantaros’ lawyer, Judd Burstein, told NPR, “This is not just cyberstalking. This is cyberstalking on steroids, because, as alleged in the complaint, they harassed her through sock-puppet social media accounts which conveyed the illegal fruits of their electronic surveillance of her. It was in essence two crimes committed at the same time.”

While Ailes and O’Reilly’s behavior towards their victims is already abhorrent, FOX News’ illegal electronic surveillance and cyberstalking is particularly disturbing. It goes to show the lengths to which these men have gone to silence the victims of their sexual predations. While Ailes and O’Reilly are both enjoying their golden parachutes in life post-FOX News, their female victims are still trying to achieve any shred of justice from a former employer who is anything but “fair and balanced.”