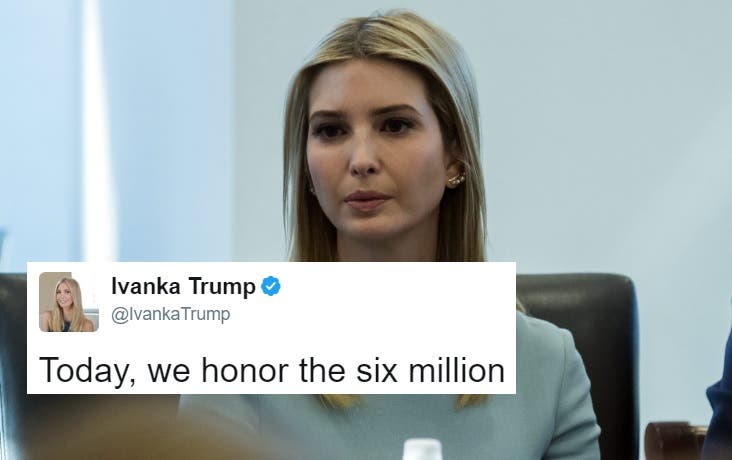 Today is Holocaust Remembrance Day, where the world reflects on the six million Jews and five million other victims of the Nazi Holocaust. It is also the day that the Armenian Genocide began in 1923 when the Turkish Ottoman Empire began rounding up Armenian intellectuals, eventually slaughtering over a million people.

Trump also very publicly refused to acknowledge the Armenian Genocide today, pandering to the sensitivity of the Turks, who are laying the groundwork for yet another genocide against the Kurds in southwest Turkey.

Today, we honor the six million Jews whose lives were taken during the Holocaust and pledge #NeverAgain pic.twitter.com/4BK0IcxSs3

For those reasons, Ivanka Trump received an earful of criticism today when she tweeted out a standard press release honoring the Jewish victims of the Holocaust. 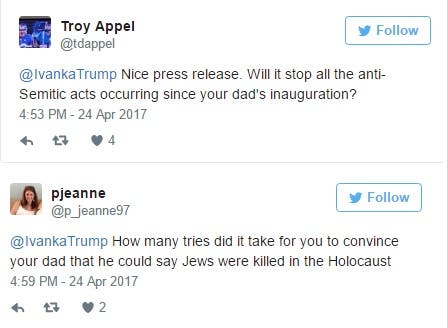 Ironically, it wasn’t just liberals who were upset at the Trump’s decision to acknowledge the Jewish victims of the Holocaust. Trump’s neo-Nazi and white supremacist supporters were very angry at the Trump family’s acknowledgment of Jewish Holocaust victims and felt betrayed by Trump’s half-hearted proclamation.

Andrew Anglin at the Daily Stormer complained that “our President is being held hostage by vicious Jews” and ironically listed all the reasons that people are furious at him for his remarks today.

In the words of his own supporters, this is how Trump really feels about the Jewish victims of the Holocaust – and Ivanka Trump, one of the few people Trump actually listens to, hasn’t done anything to change his behavior. The hypocrisy is appalling.